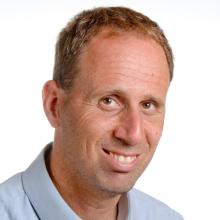 Tax theorists have recognized the importance of linking policy proposals to different ideal theories of distributive justice such as equality of resources, maximin of primary goods, and welfarism. However, they have invested considerably less efforts in trying to engage the tax-distributive debate with a moral analysis that deals with non-ideal settings. This essay offers a new framework that enables a more effective integration of normative considerations into academic analysis the distributive dilemmas associated with existing tax systems.The essay briefly reviews some of the relevant modern social science research dealing with how individuals view the role of the tax system in reducing inequality, and then discusses the importance and limitations of empirical research. I argue that any attempt to rely on measurable concepts such as biases and distributive preferences to normatively evaluate the distributive function of the tax system would likely be insufficient and perhaps even somewhat misleading. Instead, any moral evaluation of tax policymaking should be done with reference to a set of feasibility constraints, which explicitly recalibrate the framework of normative debate based on relevant social science findings.

The essay concludes by demonstrating how empirical findings may be integrated into the normative analysis dealing with the distributive impact of taxation.