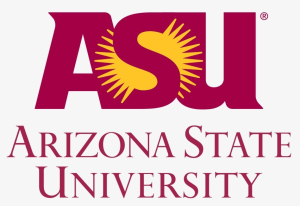 Arizona State University’s business school used a $50 million donation to bet on a future where its M.B.A. is free. Four years after slashing tuition costs for full-time students to zero, the dean says the cost is still too high for many people.

Turns out, luring talented graduate students to a two-year degree program in the current hot job market requires even more creative financing, says Amy Hillman, dean of ASU’s W.P. Carey School of Business. The sticker price of business school, which can add up to six figures, is just one of several factors that keep millennials from pursuing an M.B.A.

“We thought by announcing that everyone would be getting the same deal on a world-class education, we’d get a very different class,” she says. “We didn’t know how much scholarships were being used by our peer schools” to lure the same small pool of talent.

In 2015 when the university launched its novel experiment to draw a more diverse M.B.A. class, the news of free M.B.A.s for everybody accepted was met with a flood of interest. Admissions officers were inundated with a record number of applications for the inaugural class of fully funded business-school candidates.

The scholarship program successfully paved a path for many early-career workers in the nonprofit sector and education, Ms. Hillman says. But school leaders underestimated the fierceness of the competition from other M.B.A. programs.

Many universities have started to heavily subsidize the cost of a degree—which can top $200,000 with living expenses at highly ranked programs such as Harvard Business School and the Wharton School of the University of Pennsylvania—by awarding millions of dollars in scholarships and financial aid each year. Ms. Hillman says schools like hers, regarded among the nation’s top 50 programs by academic-rankings publishers, attract thousands of candidates eager to pursue an M.B.A. at a fraction of the prices those elite schools charge.

Free tuition alone doesn’t provide a strong enough incentive to return to school for some prospects who might need two years’ worth of living expenses to attend full-time, she says. Other admitted applicants were turning down Carey’s offer for even richer scholarship packages at other business schools, the dean adds, highlighting the value of a more flexible financial-aid strategy. 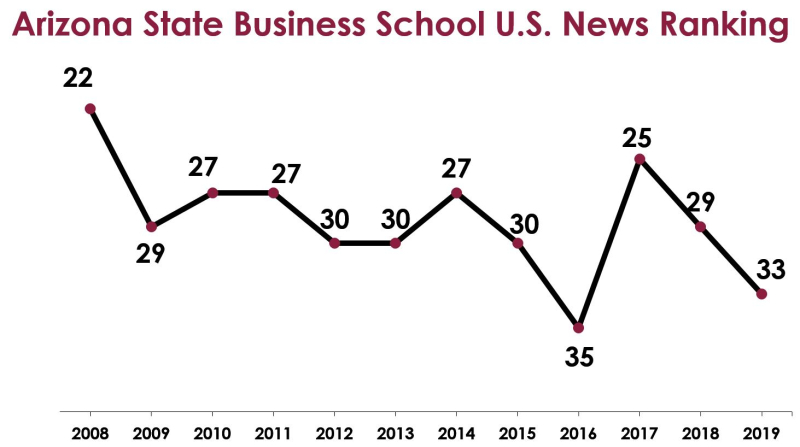 Ms. Hillman scrapped the free degree, and for the M.B.A. students who started their studies in August, the Carey school offered financial packages customized to each candidate’s specific needs and career goals. Awards range from several thousand dollars toward the $59,600 annual tuition bill for Arizona residents to a full ride plus stipends of $15,000 or more to cover the cost of living in Tempe. ...

Many business schools, once cash cows for public and private universities, are struggling to earn money as the number of applications has dropped and millennials, enjoying a strong job market, balk at the prospect of taking time out of the workforce and accumulating significant debt to fund their studies. Ms. Hillman says the Carey school doesn’t lose money on its traditional M.B.A. program under the new scholarship regime, but it isn’t turning a profit either. ...

Heavy discounts on Arizona State’s M.B.A. also haven’t cured the broader demand issue. For the Class of 2020, which will graduate next spring, the Carey school received 764 applications and enrolled 90 students. This year’s incoming class has 72 students plucked from 439 applicants—or a candidate pool roughly half the size of the Class of 2020’s.