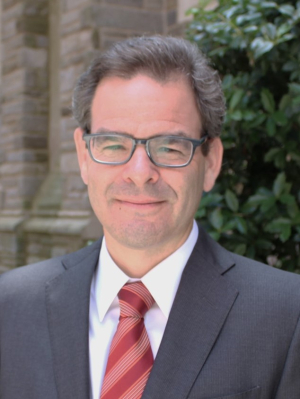 Nationally recognized tax litigator Andrew Weiner has joined the faculty at Temple Law School, where he will serve as Director of the Graduate Tax Program and Practice Professor of Law.

In joining Temple’s nationally ranked tax program, Professor Weiner brings a wealth of tax litigation experience to an exceptional roster of scholar-teachers on the full-time faculty and highly accomplished adjuncts. He also brings experience in the classroom, having taught corporate tax and partnership tax at American University Washington College of Law for several years. In addition, Professor Weiner is developing a tax research and writing class, and has plans to explore interdisciplinary opportunities with Temple’s vaunted trial advocacy program. ...

Prior to joining Temple Law, Professor Weiner served for more than a decade in the Tax Division of the Department of Justice. Most of his tenure at the Tax Division was spent as an Attorney in the Appellate Section, where he briefed and argued approximately 50 cases, including Florida Bankers Association v. Department of the Treasury before the DC Circuit and Bedrosian v. United States before the Third Circuit—important victories for the government. During that time, Professor Weiner also served as Counsel to both Diana Erbsen (Deputy Assistant Attorney General for Appellate and Review) and Tamara Ashford (then Acting Assistant Attorney General & Deputy Assistant Attorney General for Appellate and Review and now a judge on the United States Tax Court). Most recently, he worked as a Trial Attorney at the Court of Federal Claims Section.

Before joining the Tax Division, Professor Weiner was an Associate at O’Melveny and Myers in Washington DC and clerked for Judge Stanley Marcus of the U.S. Court of Appeals for the Eleventh Circuit and for Chief Justice Deborah T. Poritz of the New Jersey Supreme Court. He is a native Philadelphian and received his J.D. from the University of Pennsylvania Law School and his LL.M. in Taxation from the Georgetown University Law Center.

Professor Weiner credits the previous Director, Professor Kathy Mandelbaum (who remains part of Temple’s full-time faculty), with the strength of the program and the outstanding roster of adjunct faculty. Looking forward, he plans to build on those strengths and elevate the program to national prominence. “Temple offers a comprehensive curriculum, taught by outstanding faculty and highly regarded by employers, for a fraction of the price of other programs,” Professor Weiner observed. “It should be the clear choice for lawyers who want to advance their careers in tax.”