The Ohio State University Seeks To Trademark 'The'

Chronicle of Higher Education, Its Eyes on New Merchandise, Ohio State Looks to Trademark a Single Word: ‘THE’: 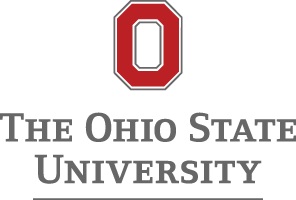 American universities boast a storied history of trademark claims — from threatening mom-and-pop bakeries to cashing in on Cinderella upsets — and the Ohio State University last week continued that tradition when it filed an application for a word central to Buckeye pride. It’s also one of the most common words in the English language:“THE.

”Discovered, and subsequently publicized, on Tuesday night by Josh Gerben, a trademark lawyer, the application claims use of the three-letter word “without claim to any particular font style, size, or color.”

In response to questions from The Chronicle, a university spokesman wrote that the trademark “would apply for usage of ‘The’ in ways that clearly signify association with Ohio State and its brand, like for example a scarlet and gray T-shirt with ‘The’ on the front.” ... 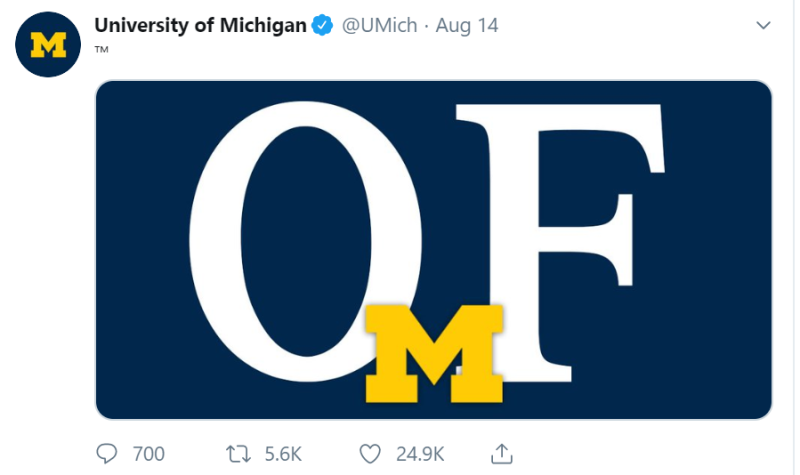 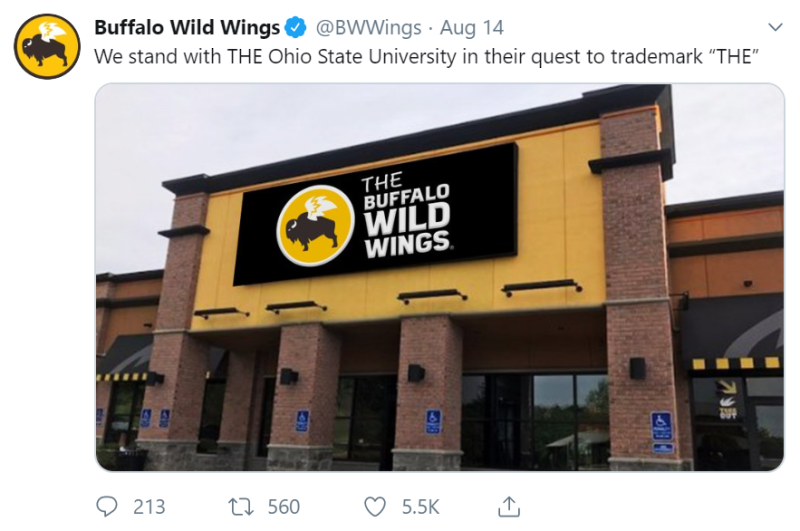 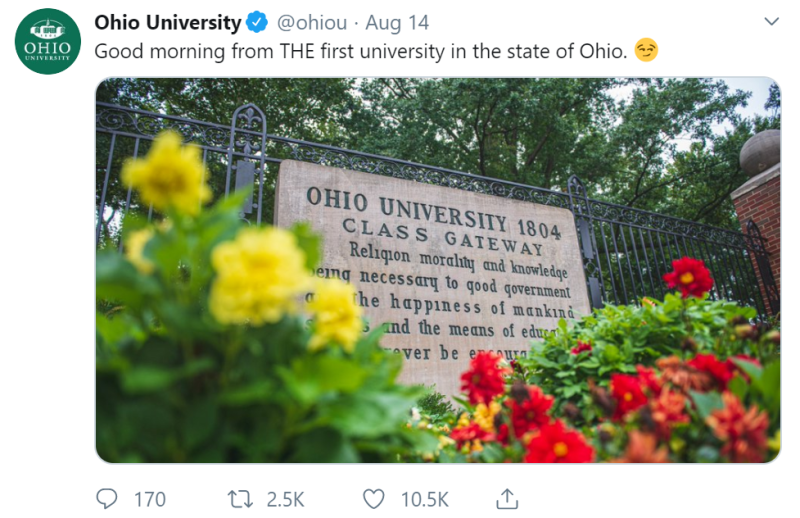 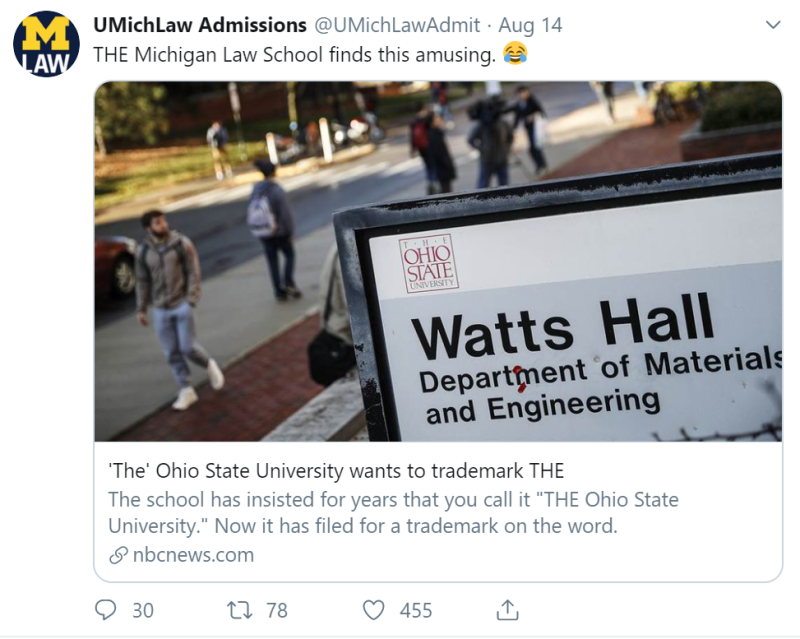 I have dibs on the word: TAX. So, be forewarned!

Nothing says insecurity quite as well as ... .

Seems to me that "The Pennsylvania State University" has been doing this for a long, long time as well. OSU is likely not to get their trademark, fortunately. And instead, has earned a lot of derision and mockery for the attempt.