The Senate confirmed two U.S. Tax Court nominees in a voice vote before leaving for August recess. Courtney Dunbar Jones and Emin Toro will now each serve a 15-year term. 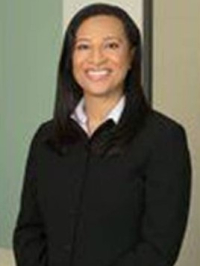 Courtney Dunbar Jones serves as a senior attorney in the Tax-Exempt and Government Entities division in the Office of Chief Counsel of the Internal Revenue Service. Prior to joining the Chief Counsel’s office six years ago, Mrs. Jones practiced for three years in the exempt organizations and intellectual property practice groups of the Washington, D.C.-based firm Caplin & Drysdale. Before relocating to the Washington area, she practiced for four years at Bird, Loechl, Brittain & McCants, a boutique law firm in Atlanta. Since 2015, Mrs. Jones has served on the Board of Trustees of Hampton University, where she earned her B.S., magna cum laude and was the recipient of the President’s Award for Exceptional Achievement. Mrs. Jones then earned her J.D. from Harvard Law School, where she served for two years as the editor in chief of the Harvard BlackLetter Law Journal, (which has since been renamed the Harvard Journal on Racial & Ethnic Justice). During law school, Mrs. Jones was recognized for a variety of achievements; she was named a scholar in the Earl Warren Legal Training Program sponsored by the NAACP Legal Defense and Education Fund, and received the National Bar Institute African American Law Student Fellowship. 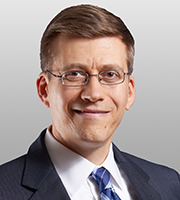 Emin Toro is a partner in the Washington, D.C., office of Covington & Burling, where he represents and counsels multinational companies in tax controversies. Mr. Toro’s tax controversy experience includes audits, administrative appeals, litigation, as well as advance pricing agreement and competent authority proceedings. He is also a Fellow of the American College of Tax Counsel. Upon graduation from law school, Mr. Toro served as a law clerk to Judge Karen LeCraft Henderson of the U.S. Court of Appeals for the District of Columbia Circuit and to Justice Clarence Thomas of the Supreme Court of the United States. Mr. Toro earned his B.A., summa cum laude, from Palm Beach Atlantic University and his J.D., with highest honors, from the University of North Carolina School of Law, where he was inducted into the Order of the Coif and served as an articles editor of the North Carolina Law Review.

Ms. Dunbar Jones is one of the nicest people I have ever met. Congratulations to her!