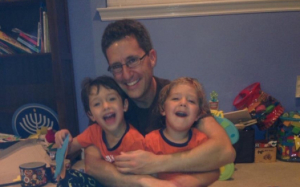 An Open Letter to Wendi Adelson

We are friends and acquaintances of Dan and yours, or simply citizens who are concerned about the situation involving your and Dan’s boys, and Dan’s parents.

We write with a simple request: that you allow Ruth and Phil Markel to see their grandchildren before it is too late.

It has now been more than three years since they have seen one another. The Markels have suffered enough in losing a son. Please do not inflict more pain on them by continuing to deny them access to their son’s children.

As you know, the boys will need even more family support and sense of self in the years ahead. Being connected to their father’s family can only help.

We are not going to speculate here as to why you have done this so far. But it is unfortunate and ironic that someone who calls herself an immigration advocate has acted to separate families in her own life.

Assuming the trial proceeds in late September, we imagine your and your children’s lives will get even more complicated in the short-term, and the legal process may not be fully completed for years. So we hope you will move quickly to resume visits before the trial.

There is still time to repair the damage. If any of us can do anything to help facilitate this, don’t hesitate to let us know.

Thank you for considering this.

As of this morning, the petition has attracted 446 509 signatures, far in excess of the original 250 goal.

[W]hile the trial next month may finally give Markel's family some closure, Solomon says he hopes this petition puts pressure on Wendi.

"She has a long life ahead of her, she's going to have to rebuild her reputation professionally and personally and people are really watching to see what she does in these circumstances," said Solomon.