George Washington To Reduce Enrollment By 20% To Increase Quality

Chronicle of Higher Education, ‘Better, Not Bigger’: As Private Colleges Hunger for Students, One University Slims Down: 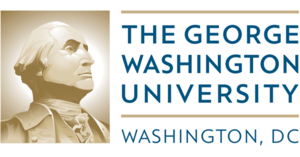 As several private colleges have been trying to increase, or simply maintain, their enrollment amid a slackening in the number of traditional-age students in much of the country, George Washington University is doing just the opposite. In an announcement last week, its president, Thomas J. LeBlanc, declared a new mantra: “Better, not bigger.”

After a period of enrollment growth that LeBlanc said had “stretched our facilities, our services, our staff and our faculty,” George Washington will cut its undergraduate student body by 20 percent over the next five years. The move effectively reverses undergraduate growth of the past five years.

“Our intention is to continue to improve everything we do at GW by being even more focused on quality and less focused on quantity,” LeBlanc wrote last week, following an annual retreat with the Board of Trustees.

Measured by total enrollment, the proposed drop would mean enrolling about 2,400 fewer undergraduates, or a decrease of 480 students per year. ...

George Washington has tinkered with its enrollment, retention, and recruitment strategies for years. Its total enrollment of undergraduates grew by about 20 percent from 2013 to 2018, to 12,161, according to university data.

The university became less selective in the same period, according to financial reports, and yields fell. George Washington admitted 34 percent of applicants in its 2013-14 academic year. That figure peaked at 46 percent two years later but has since fallen to 41 percent, after a new test-optional admissions policy helped drive a surge in applications. About a quarter of those accepted end up enrolling, down from 31 percent in 2013. ...

George Washington is more tuition-dependent than most, according to financial reports and tax filings. Net tuition revenue makes up more than 60 percent of its total operating revenue, higher than the average for private colleges, according to Chronicle data.

Michael Perry seems unaware that "Asians" and "Asian-Americans" are two entirely different groups of applicants for the purposes of selective college admissions. Whoopsie!

@ Michael. Ouch! Sadly, I suspect you're more right than wrong.

Since a disproportionate slice of this enrollment reduction will come from accepting even fewer Asian applicants, I fail to see why it'll increase the quality of education at the school. The Eastern establishment of today hates Asians much like it hated Jews a century ago.

Or, GWU in decline, but expressing it in a different way

But but but
How will the administration justify their compensation, then?