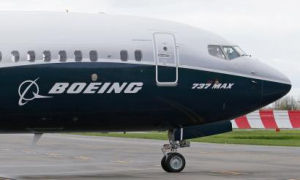 Boeing took an almost $5 billion hit to its bottom line in the second quarter over the grounding and delayed deliveries of its 737 Max planes—but tax benefits created by the charge will help the company for years to come. Thanks to a revision to the tax code made by the 2017 tax overhaul, Boeing can carry losses from the 737 Max debacle forward to offset future taxes indefinitely, tax professionals said. Before the law’s changes to tax code Section 172, it would have faced a 20-year deadline.

While it reported the charge on its financial statements, the company won’t recognize the projected expenses for tax purposes until they have actually been incurred, according to tax professionals. ...

“The only thing potentially stopping Boeing from using the losses in future years would be lack of income,” said Larry Zelenak, a tax professor at Duke University School of Law. The tax overhaul “changed the law so that unused NOLs never expire, which means that timing of losses doesn’t matter going forward.”

What next... tax breaks for those who've lost income due to time in prison? This "loss" is a result of Boeing displaying a murderous incompetence in designing the 737MAX. It shouldn't get a tax break for the resulting costs.

There is no gimmick here. These loss deductions will be cash Boeing will actually have to spend. I assume that the deductions cannot be taken in advance because of the economic performance rules