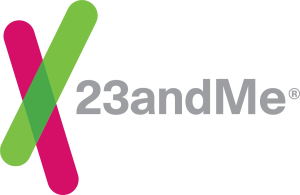 Buyers of 23andMe Inc.’s genetic-testing kits will now have an easier time paying for the service with tax-advantaged health accounts after a favorable IRS ruling.

The decision offers more clarity to consumers and reduces the cost of the company’s service. It also highlights differences between the tax law’s permissive definition of medical care and health regulators’ more restrictive approach to direct-to-consumer testing products.

The Internal Revenue Service made the ruling in May and will release a redacted version next month. The Wall Street Journal reviewed the document before 23andMe disclosed it Monday.

The company sells genetic tests that provide consumers with information about a variety of things, including ancestry, wellness and traits such as food-taste preferences. The health reports provide information on whether individuals have gene variants that increase their risk for developing certain diseases.

That health portion of 23andMe’s test is medical care for tax purposes, the IRS determined. It made no ruling on ancestry testing from the same saliva sample and said taxpayers can use reasonable methods to separate the tax-advantaged piece from the bundled product.

23andMe says the decision means consumers can claim up to $117.74 of the $199 cost of a health-and-ancestry kit as medical care for tax purposes and is offering a calculator to handle taxes, shipping and discounts. Jacquie Haggarty, the company’s deputy general counsel, said any 2019 purchases should be eligible expenses.

That means people with tax-advantaged flexible spending accounts or health-savings accounts for their out-of-pocket costs can use that money to purchase the kits. Genetic-testing kits could be more easily added to end-of-year shopping lists—along with perennial favorites like sunscreen and contact-lens solution—by people trying to empty their use-it-or-lose-it FSA balances. People who itemize deductible medical expenses can include these costs. ...

“The IRS, for decades, has read the term ‘disease’ extremely broadly,” said Katie Pratt, a professor at Loyola Law School in Los Angeles who studies tax treatment of medical expenses. “What matters is that there’s a serious laboratory function going on to do the genotyping.” ...

The tax ruling for 23andMe could lead beyond genetic testing, said Marianna Dyson, a tax and benefits lawyer at Covington & Burling LLP in Washington.

What’s notable, she said, is the IRS’s willingness to let the taxpayer break out the tax-advantaged portion from the cost of a bundled consumer product. An obvious next step could be considering whether a portion of smartwatches with health apps are medical costs.