Despite more universities placing an emphasis on attempting to diversify their faculty ranks, a new study shows very little progress, particularly at research universities. And much of the success in faculty diversity has been in untenured positions.

According to the study, which was published by the Hispanic Journal of Law and Policy from the South Texas College of Law, Houston, colleges in recent years have not seen substantial growth in racial diversity among faculty members. 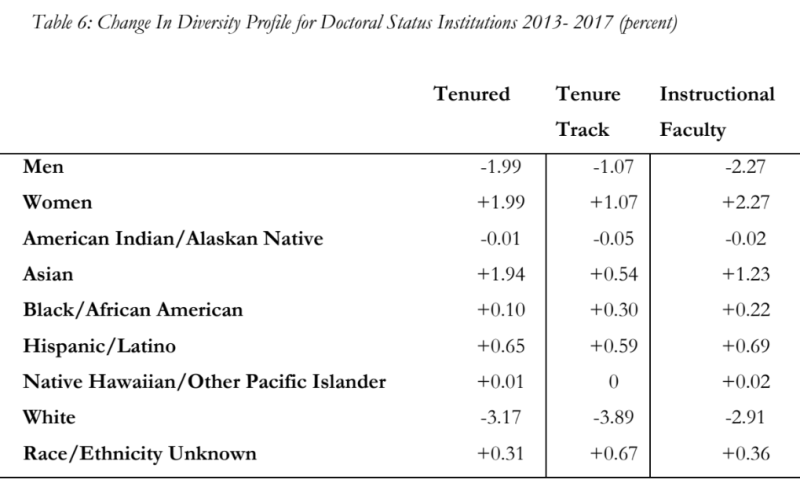