Should Governments Tax The Rich And Subsidize The Poor? A Comparative Study Of Muslim And Christian Respondents

This study used the most recent World Values Survey dataset to determine whether Christian and Muslim views on the acceptability of taxing the rich and subsidizing the poor was an essential feature of democracy. The sample size included more than 23,000 individuals from more than 50 countries. More than a dozen socioeconomic and attitudinal variables were also examined to determine whether significant differences existed. The study found that differences in viewpoint were often significant. 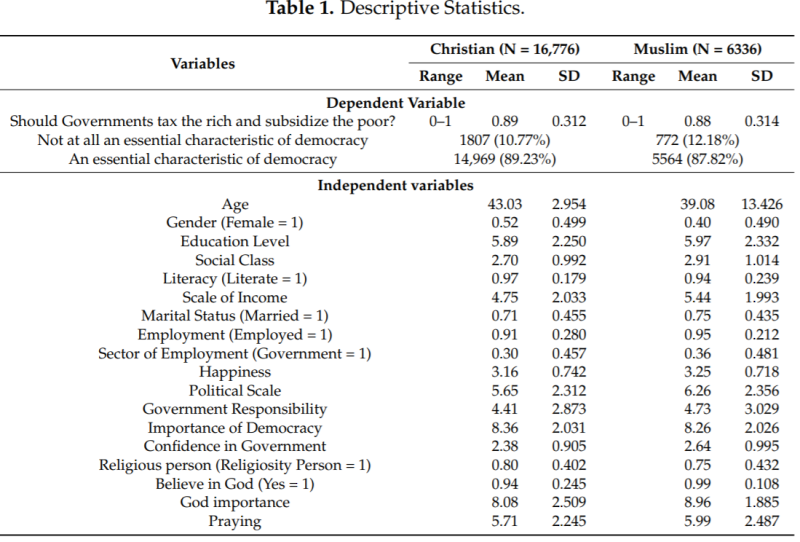