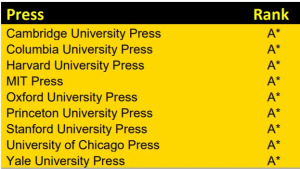 The Report offers a global ranking of academic legal publications, covering more than 900 outlets, and using a four-tier categorization. The ranking is based on a combined quantitative and qualitative methodology. The Report was composed in the context of the Israeli academic system, but the methodology and the results are not jurisdiction-specific.

Evaluating academic publications is a never-ending challenge. Such evaluation is an integral part of internal hiring, promotion, and tenure procedures, and of external funding decisions and institutional rankings. The proper way to evaluate academic publications has been the subject of fierce debate. 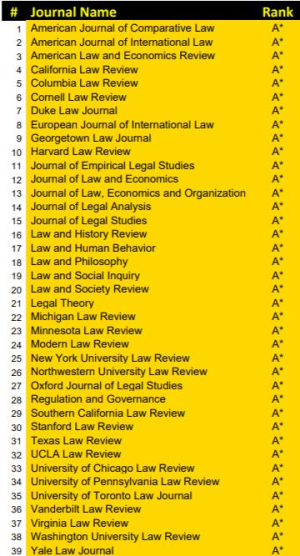 The traditional method for academic evaluation is specific review of each publication, assessing its originality, rigor, and significance. This method, known as "peer-review", is often difficult to perform and might be subjective and biased. These concerns have generated an increased interest in the use of quantitative indicators in research evaluation. However, notwithstanding its scientific allure, the use of quantitative measures to assess research has been heavily criticized by the academic community for losing sight of the intrinsic value of academic work, for ignoring distinct "citation communities" in various fields, and for creating perverse incentives that could actually undermine scientific innovation and reward mediocre work.

Evaluation of legal scholarship faces particular challenges due to the absence of comprehensive, universally endorsed, quantitative rankings of law journals and the fundamental bifurcation into peer-reviewed and student-edited journals. The challenges are further complicated in non-English speaking jurisdictions, such as Israel, where scholars publish in both their local language and English, in domestic and foreign journals.

The current Report aims to respond to some of the criticism of quantitative measures and to address the distinctive characteristics of the academic legal domain by proposing a ranking of legal publications that integrates various qualitative and quantitative measures. The Report is the product of more than two years of work, initiated by the Deans of four Israeli law schools operating within public universities. It presents the background to the Committee's work, outlines general principles, and explains the scope of the current project and the ranking methodology. The Appendix contains the proposed ranking.