When we decide who is smart enough to be a lawyer, we use a stopwatch. Malcolm Gladwell

Law school should be a time to luxuriate in ideas, to test their principles, and to think critically about the law and the profession. Dean Heather Gerken 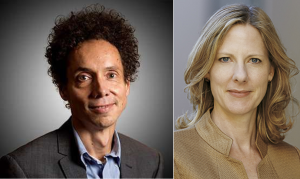 On the same day I listened to Malcolm Gladwell’s fascinating podcast about the LSAT and test-taking speed, I also read Yale Dean Heather Gerken’s insightful Commentary, Resisting the Theory/Practice Divide: Why the “Theory School” Is Ambitious About Practice [132 Harv. L. Rev. F. 134 (2019).] Both are wonderful. Together, they shine light on a dialectic tension within legal education.

Dean Gerken’s article inspires us to think about legal education in its biggest and broadest sense. She posits that, “At its best, a J.D. is a thinking degree, a problem-solving degree, a leadership degree” and she notes that for students, “law school should be a time to luxuriate in ideas, to test their principles, and to think critically about the law and the profession.” She envisions law school as a place where students engage in deep critical thinking about the law and the profession — both in the classroom and in clinics, and she discusses the interdependent relationship between the deep learning that should occur in both. ...

Contrast Dean Gerken’s understanding of legal education with Gladwell’s podcast about his experience taking the LSAT.  In it, he posits: “when we decide who is smart enough to be a lawyer, we use a stopwatch.”   He notes that who gets into law school, and what law school they get into, rests largely on LSAT score differences — differences that may depend in part upon one’s ability to answer questions quickly rather than thoughtfully. ...

In the podcast, Gladwell talks to Professor Bill Henderson, the author of a seminal article providing empirical evidence that test-taking speed is an independent variable in both the LSAT and timed law school exams [The LSAT, Law School Exams and Meritocracy: The Surprising and Undertheorized Role of Test-Taking Speed, 82 Tex. L. Rev. 975 (2004)].  Henderson, a former firefighter, talks about the times in his life he felt most time pressured.  As Gladwell remarks, Professor Henderson’s most time-pressured performances were not when responding to life-threatening emergencies.  Instead, they were when he took the LSAT and law school exams. ... [Henderson] talks about how allowing law students more time to take law school exams can change the outcome of who gets the best grades in a law school class, and hence who thinks of themselves as a smart person, and who gets hired by top law firms, etc. ...

Dean Gerken’s vision speaks to why I became a law professor. Gladwell’s observations speak to the experience of my students. I am not sure how to reconcile the two beyond noting that we must first acknowledge the dialectic. Only then can we decide if we want to judge future lawyers’ potential and abilities based upon Gerken’s vision or Gladwell’s experience.

Update: Orin Kerr (UC-Berkeley), Malcolm Gladwell Took the LSAT. But What Did We Learn?

Hundreds of thousands of dollars in law-school "luxuriation" on top of a barely-relevant college degree would be funny prerequisites for a profession about vindicating the less fortunate...if they weren't so cruel and wrong.

(To be fair, Dean Gerken's article goes on to explain her school's practical training is also intellectually satisfying. Great! So maybe the slightly less elite places can drop their mind-numbing structured navel gazing.)

" a time to luxuriate in ideas, to test their principles, and to think critically about the law"

If she means that, I suspect she won't be at Yale much longer. Yale should take that to heart and quit trying to coddle and insulate their students with "trigger warnings" and "safe spaces."

I type too slow and keep getting refreshed out.
So in a nutshell -- the Dean is correct. Theory is
the glue of the law. You only have TIME to get that
glue while in law school. Time is magic to thinking.

Bring on the stopwatch. The worst lawyers for clients are the ones who can't think or decide an issue quickly, especially when arguing something within 15 minutes of appellate argument where you're lucky to get in 5 minutes of your affirmative words. Can you imagine standing in front of a judge or jury saying "sorry, I didn't anticipate that question, let me languidly luxuriate the legal principle and get back to you"?

I wish I could remember who told me this, but it's not what you know that counts, but rather what you can think of in time to solve the problem.

I'm with Gladwell. I want a 650 dollar an hour attorney to navel gaze on her own time.

Not buying much of this.

Law students cannot possibly think about the profession as they know nothing about it. It will take them at least a few years of practice to get some idea of what the profession is really about.

With all due respect, the blind spots and naïveté on display in this piece are breathtaking.

The LSAT and, in particular, its "Logic Games" section, do not exist to test prospective students' aptitude for law school. It exists as an entry barrier and a sorting mechanism for law school admissions offices, and especially for admissions offices of elite schools. Harvard or Yale has neither the time nor the interest to assess detailed answers to nuanced problems from their thousands of applicants. Instead, they want a quick sorting mechanism that will quickly separate the sheep from the goats, *after* which the admissions committee may apply other formulae related to "diversity" and the like. The LSAT has always effectively performed this function.

So, by all means let us criticize the LSAT. But let us first be honest about its true function in the law school admissions process.