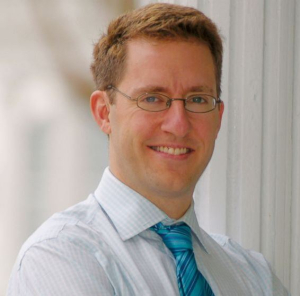 The last conversation Dan Markel had was about his two boys.

Five years ago today, the Florida State law professor — at 41, already a renown legal scholar — was on his cellphone with a friend and teacher at the School of Arts and Science talking about where the preschoolers should start kindergarten.

Where the boys would go to school was yet another point of contention between Markel and his ex-wife Wendi Adelson, also a lawyer and FSU professor. Even after they were divorced, their acrimony continued to play out in vicious legal battles over the boys' parenting.

That Friday morning, at about 11 a.m., Markel was returning to his single-story brick home on Trescott Drive in Betton Hills. He'd started the day a little before 9 a.m., dropping Ben and Lincoln off at Creative Preschool on Tharpe Street. He then hit Premier Fitness in Market Square, where he worked out for about 90 minutes.

He drove home south down Thomasville Road, and was still talking on the phone when he pulled his black Honda Accord into the garage. He remained behind the wheel for a few minutes continuing the conversation about Wendi trying to enroll the boys at the school without his knowledge.

“Hold on a second," Markel told his friend. "There is someone in my driveway that is unfamiliar to me."

Those were his last words.

On the other end of the phone, the next thing the friend heard was a loud grunt and muffled voices, followed by labored breathing. He asked if Markel was OK, but got no reply.

When emergency responders arrived at 2116 Trescott Drive — 19 minutes after the initial 911 call — Markel was slumped over the steering wheel struggling for breath. He’d been shot twice in the face at point blank range.

He was rushed to the hospital, but there was little to be done. He died at Tallahassee Memorial HealthCare early the next day.

Meanwhile, the Tallahassee Police Department began what would be a years-long effort to find out who killed Markel and why. ...

"Dan Markel was a light in the world," his parents Ruth and Phil Markel said, in a statement from their attorney Orin Snyder.

"Five years ago, Dan was murdered in cold blood outside his home — only hours after saying goodbye to his two young boys for what would be the last time. Five years later, his friends and family are still waiting for all of his killers to be brought to justice." ...

In September, after years of delays, Sigfredo Garcia and Katherine Magbanua will go on trial for Markel’s murder. Both were arrested in 2016, after a nearly two-year investigation, during which police dogged dozens of leads and pleaded with the public for help.

Much of the case against the couple, who have children together, will come from Luis Rivera, a co-conspirator, who made a deal with prosecutors to testify against the others in exchange for a lighter sentence.

But Markel’s parents, prosecutors and police contend the trio did not act alone. They say his ex-wife’s family ordered his killing so their daughter would be free to move to South Florida with the boys – something she greatly desired and Markel forbade. ...

Magbanua’s attorneys Chris DeCoste and Tara Kawass, who have been in the midst of dozens of witness depositions in preparation for trial, took a moment to mark the 5-year milestone Wednesday.

“On this anniversary instead of again stressing Katie’s innocence, we'd rather address the community that lost a son," they said in a statement. "Through our extensive investigation we’ve learned many things including something many of you already know. Dan Markel was a great man, a brilliant scholar and a devoted father. Current legal battles aside his murder is beyond tragic.” ...

In a statement through her lawyer, [Wendi Adleson] said: “Our boys and I continue to mourn Danny’s loss for each day of the five long years since he was taken from us.”