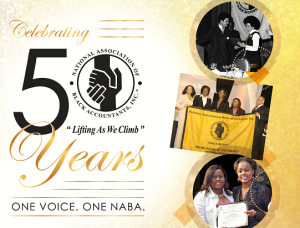 When Darrell Groves started his first job after college, there were just a handful of other black accountants at KPMG’s office in Houston.

One was a partner in the practice who served as a mentor to Groves. She, too, had been involved in an extended internship program that Groves participated in through high school and college, introducing him to the world of a Big Four accounting firm.

Those experiences served as the foundation of a career that quickly led to a corporate job and later the launch of Grove’s own tax and accounting firm, which today features a staff of 11 who reflect all of America’s major racial groups: white, Hispanic, Asian, and black. That diversity gives clients the chance to seek an accountant who looks like them or prefer to communicate with his Spanish-speaking colleagues. 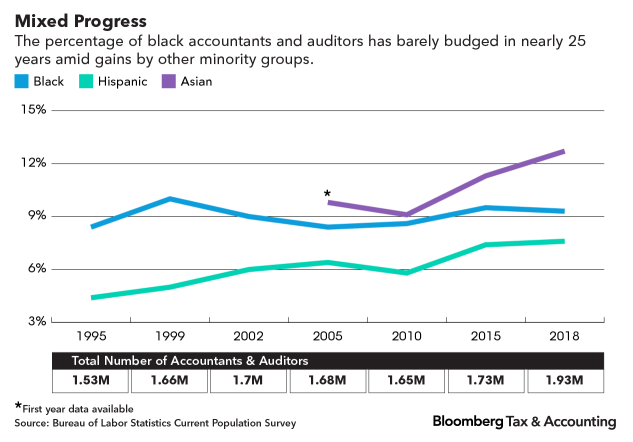 But the number of black accountants drops off significantly in the much smaller subset of certified public accountants. Out of 650,000 CPAs in the U.S., an estimated 5,000 are black, according to the National Association of Black Accountants (NABA).

The number of black accountants has changed little in the past two decades while the number of their Asian and Hispanic colleagues has grown to more than 12% and 7% of the field. Still, the profession remains overwhelmingly white and male. And on top of that, retention and promotion of black accountants remains a struggle, further complicating the overall picture.

“There is still a lot of work to be done,” said Groves, who serves on the board of the Texas Society of CPAs along with its diversity and inclusion committee.

Minorities continue to be under-represented in leadership roles despite their growing ranks among accounting graduates and new hires, he said.

Are you talking accountants or Big Six (Five? Four? Three?) firms. Nine percent is lower than thirteen, but not by a lot. And there may have been a temporary decline as a result of integration, people losing their exclusive market.

I'm surprised it is as high as 9%. Given the high turnover in public accounting (and law), I wouldn't be surprised to see more minorities than "majorities" leave public practice for industry.