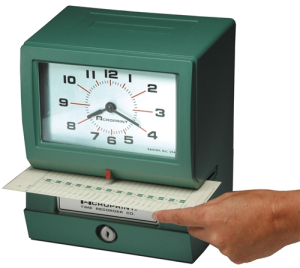 California's private colleges and universities could all be forced to move to time-card system for adjuncts — unless a legislative fix is successful.

If successful, the legislation will prevent a number of private institutions from asking adjuncts to fill out time cards to avoid violating labor law on overtime.

In recent years, a number of colleges and universities have settled faculty overtime violation lawsuits filed by the same California law firm -- lawsuits that even many adjuncts say are frivolous. Stanford University, for example, last year settled for nearly $900,000 in a class-action suit regarding instructors in its continuing studies program. Attorney’s fees accounted for one-third of the settlement, so adjuncts involved were each entitled to a partially taxable $1,417. Kaplan University also settled, according to public documents. Other suits have been settled more quietly. Public institutions in California, whose adjuncts are generally unionized, have not been affected.

Private colleges and universities have responded to the ongoing legal threat by either making or planning to make their adjuncts document all of their working hours on time cards. But faculty groups say that time cards simply don’t work for what they do, for the same reasons that time cards don’t work for many professions. How should answering students’ emails late at night or grading papers early in the morning be counted, for example? What about preparing for courses or completing professional development?

There are also concerns that asking adjuncts — many of whom have terminal degrees and long-standing qualms about their treatment throughout academe — to complete hourly labor-style time cards is wrong.