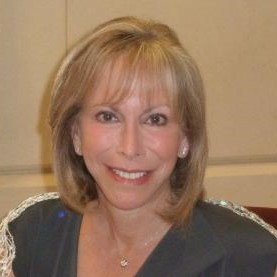 Not in the least.

For 15 months she unleashed a tidal wave of invective via email to her daughter, Wendi Adelson.

Dan Markel was a preeminent legal scholar, with degrees from Harvard and the University of Toronto. He was also embroiled in a bitter child custody fight with his ex.

In the words of Donna, he was “an idiot” and a “bastard.”

“You suffered under his ‘reign,’” Donna wrote in one email. “Narcissistic personality disorder causes major problems in a marriage.” ...

Cops believe this monster of a mother-in-law was pulling the strings in a twisted murder plot that would leave Markel bleeding out on the driveway of his Tallahassee home. ...

Two people — Sigfredo Garcia, 37, and Kathy Magbanua, 34, the mother of his two children — will soon go on trial in the Panhandle for first-degree murder.

But detectives are under no illusions who really pulled the trigger that sweaty day five years ago. ...

Detectives believe Donna Adelson and Wendi’s older brother Charlie shelled out $100,000 to have the professor taken off the board.

And Charlie had a new girlfriend to boot: Kathy Magbanua.

According to cops, the motive was so Wendi could move back to south Florida with the couple’s two pre-school aged boys.

But bizarrely, neither has been charged.

Have the emails between Donna and Wendi been released? Where can they be read?

There is a podcast about the Dan Markel murder called "Over My Dead Body" .

They interview the other Adelson son, who is estranged from his family for marrying a non-jew.

Donna Adelson must be a real piece of work.

Quote: But bizarrely, neither has been charged.

I see this more often than I like. Prosecutors fear to go after the rich and well-connected like they do the poor or middle-class. At the extreme, the Kennedys and Clintons are examples of that.

But is there any evidence of intent, tho? If not, everyone should walk free.