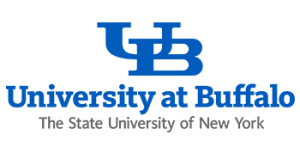 The University of Buffalo School of Law is poised to become the second law campus in the country to offer an undergraduate degree in the law.

The school announced Friday that it will launch the new bachelor’s degree in law in the upcoming academic year—an expansion of the undergraduate minor in law that is began offering in the fall of 2018. The goal, according to James Milles, the law school’s vice dean for undergraduate studies, is to prepare students for the broadening set of careers that are in or adjacent to the law yet don’t require a law degree. ...

The program is meant to appeal to undergraduate students who see value in a legal background for their future careers; those who aspire to go on to study political science, social work, economics, sociology or international relations; and those who think they may want to continue on the law school and get a J.D. Officials pointed to compliance as a growing area related to the law, but doesn’t require a law degree to work in.

The University of Arizona James E. Rogers College of Law became the first law school to expand into the undergraduate realm with a full B.A. degree in 2014. The program has proven a success. The law faculty now teaches more than twice as many undergraduates as its 340 J.D. students, and Arizona began offering the program online in 2017.

Of course the actual pipeline issue with compliance roles, whether one is an undergrad or a JD, is the experiential requirements that ~99% of such jobs require. There's no magic pot of entry-level compliance roles, folks.

I wonder how law faculty are adjusting to teaching undergrad students; a totally different teaching experience.

Anything to keep those paychecks a-comin’, eh, profs?