Sullivan: Why Harvard Was Wrong To Make Me Step Down As Faculty Dean For Representing Harvey Weinstein

Following up on my previous post, After Ouster From Deanship For Representing Harvey Weinstein, Law Prof Blasts Harvard's Capitulation To A 'Loud Minority Of Students':

New York Times op-ed:  Why Harvard Was Wrong to Make Me Step Down, by Ronald S. Sullivan Jr. (Harvard): 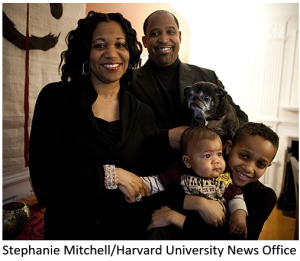 In May, Harvard College announced that it would not renew the appointment of me and my wife, Stephanie Robinson, as faculty deans of Winthrop House, one of Harvard’s undergraduate residential houses, because I am one of the lawyers who represented the Hollywood producer Harvey Weinstein in advance of his coming sexual assault trial. The administration’s decision followed reports by some students that they felt “unsafe” in an institution led by a lawyer who would take on Mr. Weinstein as a client.

I am willing to believe that some students felt unsafe. But feelings alone should not drive university policy. Administrators must help students distinguish between feelings that have a rational basis and those that do not. In my case, Harvard missed an opportunity to help students do that.

The administration knew full well that for 10 years I had been able to fulfill my duties as a faculty dean — including advising and representing student survivors of sexual assault in the context of Title IX — while representing clients in criminal court. Until this spring, there was never even a whisper of a complaint that I was unable to provide the care and concern that all students concerned with sexual violence deserve. ...

I wish I could say that Harvard’s response in these matters is unique in higher education. Unfortunately, many universities have failed in this regard of late.

I should note that I am not opposed to student protest. Many important social justice movements began with student protests, including movements from which I, as an African-American, have benefited. Had it not been for students who staged sit-ins at lunch counters, I would not have had the opportunity to be trained at Harvard Law School.

But I am profoundly troubled by the reaction of university administrators who are in charge of student growth and development. The job of a teacher is to help students think through what constitutes a reasonable argument. It is a dereliction of duty for administrators to allow themselves to be bullied into unprincipled positions.

I disagree with old Ron.
But to clarify I thought the lawyers pushing each other out of the way to represent Taliban terrorists in Guantanamo should have been named and their clients interrogated as to their support of terrorist allies.
Look King Spaulding reset everything when they threw Congress under the bus because Coke wanted them to do so.

I feel genuinely sorry for how he is treated. But we shouldn't forget that similarly nasty treatments have been meted out against poorly paid adjunct professors, teaching assistants and college freshmen and they're not in situations that allow them to write op-ed articles in major newspapers. We can only hope that Ron Sullivan's plight will result in changes that will benefit everyone in academia.

The professors tries too hard to walk the edge between wokeness and freedom. Sorry Professor but this is a bit wish washy for me. Don't absolve the snowflakes.

How troubled was he when others were losing their jobs at the will of the mob? Was he at Harvard for the Lawrence Summers departure? Also, he seems unaware that blacks earned degrees from Harvard law school ages before lunch counter protests.

Any student who feels "unsafe" because of the professor's representation of Harvey Weinstein is too stupid and too immature to attend college.

It's absurd to let student decide any of this