The State, In An Era of Rising College Costs, USC’s Law School Is Slashing Tuition Significantly: 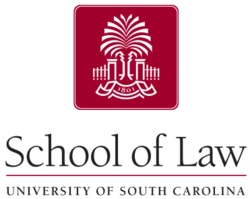 Students at the University of South Carolina’s School of Law are among the biggest winners of the General Assembly’s focus on education this year.

Tuition for in-state students will be $5,100 lower next year — a 17.3% cut — after S.C. lawmakers injected the state’s only public law school with more cash to make its sticker price competitive with rivals in neighboring states.

“We’ve been losing some very good students to out-of-state laws schools because of the cost,” USC School of Law Dean USC School of Law Dean Robert Wilcox told The State Friday. “When you go to school out of state, the odds increase dramatically that you will stay out of state for your career. This will keep more good students in South Carolina.” ...

Those students were further burdened because USC borrowed roughly $42 million for the law school’s new, $80 million building that opened to great fanfare in June 2017, costs that are being passed down to students through tuition.

The new building was expected to help USC recruit talented students and improve on its No. 88 position in the U.S. News and World Report’s national rankings. But the law school’s high tuition has undercut that mission.

“The building is absolutely a recruitment factor,” said Wilcox, the school’s dean since 2011. “But at the end of the day, students are looking at ranking and cost.” ...

S.C. lawmakers increased the state’s spending on the University of South Carolina by about $8 million this year, with an understanding that USC leaders would direct $1.9 million of it specifically to lower tuition at the law school where a number of state lawmakers got their degrees. The new money brings USC’s in-state tuition in line with UNC, but still not as low as Georgia.

Let's see how long their constituents will stomach the notion of their state tax dollars underwriting a law school factory.

These reasonably-priced regional public law schools are really on to something.