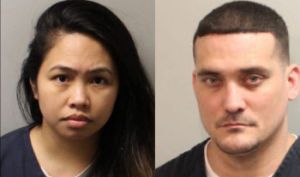 [D]efense lawyers have been seeking still more discovery — specifically, a deposition of Wendi Adelson, the ex-wife of Dan Markel. Law enforcement officials suspect that members of Wendi’s family, but not Wendi herself, were behind the plot to murder Markel. The prosecution listed Adelson as a witness, mainly to provide background information and explain some of the relationships in the case. Because Florida has a (rather unique) procedure allowing for pretrial depositions in criminal cases, defense counsel sought to depose Adelson.

But Adelson’s lawyers sought a protective order to prevent her deposition, essentially based on a blanket assertion of her Fifth Amendment privilege against self-incrimination. Judge Hankinson granted the order, which Magbanua appealed.

Late last week, a divided panel of the First District Court of Appeal rejected Magbanua’s request. The three judges all agreed that Judge Hankinson got the Fifth Amendment analysis wrong — the privilege must be asserted on a question-by-question basis, not in blanket fashion — but the majority dismissed Magbanua’s appeal on jurisdictional grounds, reasoning that any injury to Magbanua could be addressed on direct appeal.

In a footnote, however, the majority made this pointed observation: “Of course, nothing prevents the trial court from reconsidering [the protective] order.” And Judge Susan Kelsey, in her dissent, underscored it even more, noting that “the trial court has the continuing authority to [allow a deposition of Wendi Adelson], regardless of the disposition here.”

Why might that be a good idea? Judge Kelsey explains:

[T]he trial court could then follow precedent requiring Adelson to appear at deposition and assert [her Fifth Amendment] privilege on a question-by-question basis, with the court determining which unanswered questions she must answer. Doing so would eliminate this issue as a potential new-trial argument, potentially saving years of time and untold dollars in public and private resources. Looking at the issue from the other end of the process, the deprivation of pretrial discovery has resulted in the granting of new trials.

For Dan Markel’s family and friends, the years of waiting for justice have been a nightmare. ...

But you know what would also be a nightmare? For Garcia and Magbanua to get convicted at trial, appeal their convictions, and obtain new trials, simply because they couldn’t get a deposition of Wendi Adelson — who isn’t even that crucial a witness, since much of the information the prosecution intends to elicit from her could be obtained in other ways.

So just give the baby the proverbial bottle. Let the defense attorneys depose Wendi Adelson, so they can’t complain about it later after their clients get convicted. Given the amount of time, effort, and resources poured into this case, the idea of a do-over over something this insignificant turns the stomach.[Fn.]

If Judge Hankinson were to rule this week in favor of a Wendi Adelson deposition, the defense could get a full week to prepare, the deposition could take place next week, and it would be over and done with before the June 18 conference. And a potential appellate issue (even if not a great one) would be taken off the table entirely, rendering any convictions of Garcia and Magbanua that much more secure. This explains why all three judges of the First District Court of Appeal went out of their way in their opinions to remind Judge Hankinson that he still has the power to order a depo — they don’t want to have to deal with this issue later.

So, Judge Hankinson, please take the appellate court’s hint. When it comes to ordering a Wendi Adelson deposition, I have three words of advice for Your Honor: just do it.

[Fn. Yes, allowing a deposition of Wendi Adelson could give rise to a whole host of other issues, such as the proper scope of the deposition and the applicability of the Fifth Amendment privilege to specific questions. But complaining about individual rulings related to the conduct of the deposition is a much weaker appellate issue than complaining about never getting a deposition at all.
And yes, I admit that my background as a former appellate attorney in the U.S. attorney’s office might be coloring my analysis — I want to make convictions as reversal-proof as possible — but I do believe my analysis is correct.]