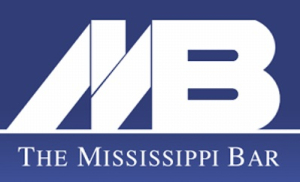 Petition to Amend the Rules Governing Admission to the Mississippi Bar:

[T]he Board believes limiting the number of times applicants can retake the exam is appropriate and will better equip those repeatedly failing the test to pass it in the future and will eliminate a revolving door of re-takers that only acts as a disservice to all test-takers in Mississippi. Specifically, the Board has proposed (a) limiting the number of times applicants can take the examination to three and (b) requiring all applicants who fail the Mississippi Bar Exam three consecutive times complete at least twelve (12) additional semester hours of regular law school courses relevant to subjects covered by or skills necessary to the passage of the Mississippi Bar Examination prior to applying to take the exam again. Both in-state law schools support this proposed rule and all classes will be available to anyone who enrolls.

In re: Rules Governing Admission to the Mississippi Bar:

After due consideration, the Court finds the petition should be granted as set forth in Exhibit A ...

Coleman, Justice, Objecting to the Order in Part With Separate Written Statement:

[T]he Court does not have enough information to take such action. We have no data before us to support—or contradict—the proposition that candidates who fail the bar exam three times will be rendered competent to practice law after studying—and paying for the study—of twelve additional law school hours. We do not have evidence or data before us on which to judge whether a candidate who requires an additional twelve hours of law school over and beyond the amount that suffices for candidates who pass more quickly can be qualified to practice law. We have no data or evidence on which to judge whether alternative measures, such as requiring candidates who fail the exam three times to submit personalized plans to the Bar Admissions Committee for approval, would be more effective.

I would impose the three-failure limit, but I would not allow those candidates who fail three times to retake the Mississippi Bar exam

Susan Duncan, the law school dean at the University of Mississippi, supports the new rule. Her staff that oversees bar support will come up with plan on how to deal with the rule change over the summer, she told the ABA Journal. When asked if the law school would charge a fee for the additional classes, Duncan said that hasn’t been discussed yet. She didn’t think that people could get federal loan money to cover the classes.

There's darn little marginal cost to having people take classes because they are likely to be larger classes in core subjects. I hope the schools take the high road and do this for free so that to the extent there are costs, they internalize some of the losses suffered by their graduates.