Over the past several decades, as concentrations of income and wealth have approached historic levels, taxes on the very wealthy have not kept up. In fact, taxes on the ultrarich have gone in the opposite direction. Tax changes enacted since the 1980s, including the recent Tax Cuts and Jobs Act (TCJA) passed in December 2017, have eroded taxes on the people who have benefited the most from the economy, thereby aiding and abetting the widely acknowledged and troubling increase in wealth inequality. These changes have worsened a structural defect in the U.S. tax code—specifically, its failure to tax massive accumulations of wealth. 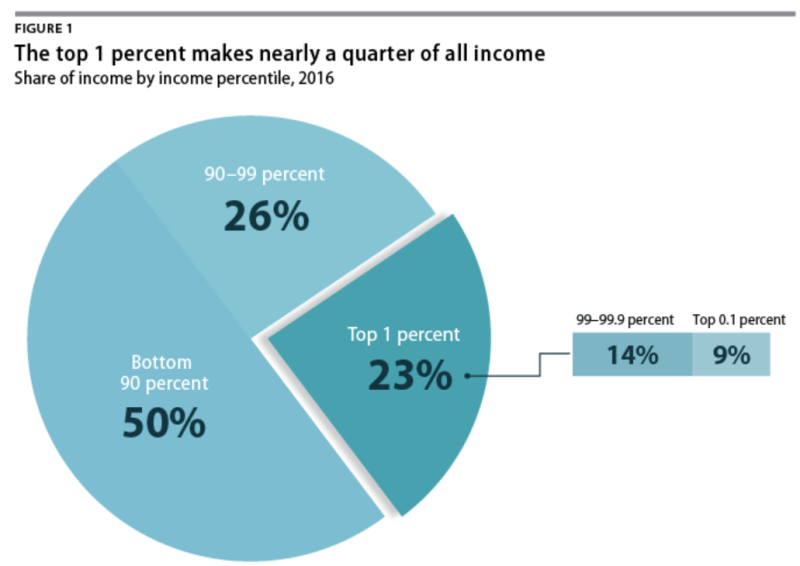 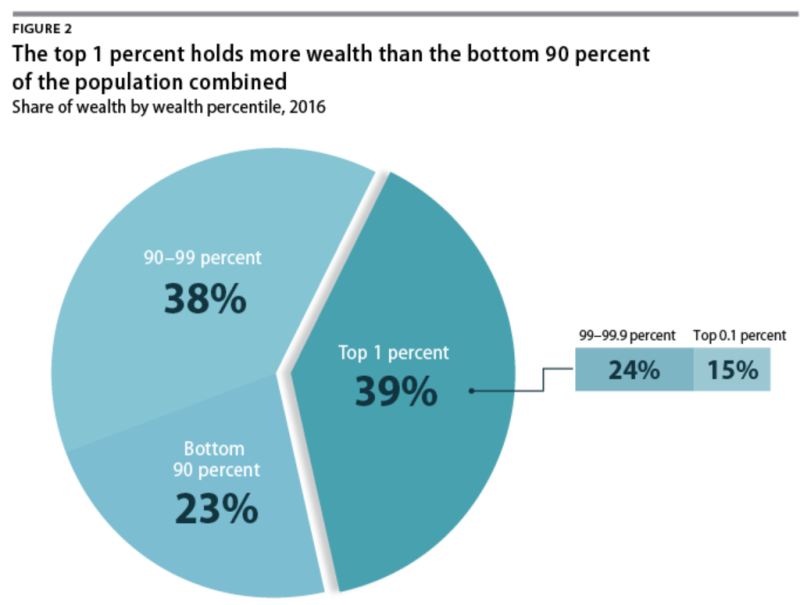 The result is that America’s tax code no longer adheres to the core principle of ability to pay—the idea that taxes should be based on a person’s capacity to pay taxes. Instead, today’s tax code turns that principle on its head by letting the wealthiest of the wealthy pay virtually nothing on their gains. Not only are top tax rates on ordinary income low by historical standards, the uber-wealthy also stockpile increasing amounts of capital income while paying little or no tax on those accretions of wealth. The resulting negative feedback loop—whereby the rich use their wealth to influence the U.S. political system to skew policy in their favor, including giving themselves even more tax cuts—undermines democracy. In many cases, this allows economic elites to get what they want, even if a majority of citizens disagree. The TCJA is a prime example of this problem. The bill passed into law despite overwhelming public opposition to tax cuts for the wealthy, and some lawmakers admitted that the motivation behind the bill was to satisfy political donors.

Reversing this troubling trend will require a higher top tax rate for those with extremely high incomes as well as a better way of incorporating wealth and the income it generates into the determination of how much tax a person owes. Accurately accounting for wealth is key to establishing a fair tax system. Policymakers have many options when it comes to taxing wealth or taking wealth into account, including implementing innovative approaches to the tax system and revamping existing provisions of the tax code. Well-designed adjustments to account for the current composition of income and wealth at the top could slow the ballooning imbalance in the structure of the U.S. tax system. Moreover, making these adjustments could lead to a more inclusive economy in the long run, especially if the revenues are invested in areas such as education, infrastructure, and scientific research.

Finally, as policymakers consider ways to better account for income and wealth inequality in the U.S. tax code, they should beware of myths surrounding taxation of the wealthy that may be used to push back against new proposals. This report challenges these misleading and commonly cited claims made by opponents of rebalancing the tax code and putting the economy on a better track.

Gerald Scorse - you are citing a specific example of retirement benefits which appreciate untaxed. AMT Buff was presumably making a much broader statement regarding the effects of inflation.

But bravo on wrecking that strawman!

@Gerald: Your retirement account was never taxed. An asset purchased with after-tax money is different. If you buy a stock for $100k and sell it 30 years later for $200k, is your gain $100k? Not if inflation halves the value of money in those 30 years. Yet you are taxed on the illusory $100k gain. That's confiscation of principal.

AMT Buff: "...taxing gains without allowing for inflation is confiscation." I pay ordinary income taxes (not capital gains taxes) on money withdrawn from my retirement account, every year, when I receive my required minimum distribution. I don't feel that anything is being confiscated. On the contrary, I feel I'm repaying all those years of untaxed growth.

Tax rates are not the culprit. It's non-taxation of so much economic income, such as large unrealized appreciation. On the other hand, taxing gains without allowing for inflation is confiscation.

I have to wonder, given that much of the wealth being targeted for redistribution is not in the form of cash or property but stock and investments, which often haven't been taxed yet, why policies aimed at taxing the rich more continue to be promoted when they'd likely faily to produce the windfall in revenue expected. To say nothing of the fact that the U.S. redistribution system stinks.

Such proposals, even if they were to be enacted into law, would invariably cause the rich to change their investment strategies to avoid such taxes aimed at their primary source of wealth.

"These changes have worsened a structural defect in the U.S. tax code—specifically, its failure to tax massive accumulations of wealth."

I always wonder how otherwise intelligent people can say something like this with a straight face. I've been around for a few years, and I have never heard of anyone saying the income tax code should be a vehicle for restricting "massive accumulations of wealth." Whatever happened to raising money to fund the federal government?

The article fails to mention the post-Pollock pronouncements of the Supreme Court that a tax on the mere ownership of property is a direct tax; see, for example, Bromley v. McCaughn and National Federation of Independent Businesses v. Sibelius. Characterizing as a myth the claim that an unapportioned wealth tax is unconstitutional is merely wishful thinking, not serious constitutional analysis.