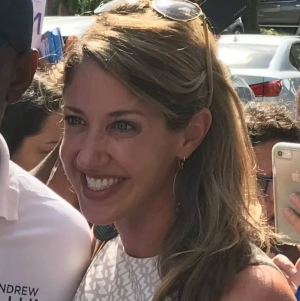 The First District Court of Appeal in a split decision ruled against a request from one of three people charged in the killing of Florida State law professor Dan Markel to compel his ex-wife, Wendi Adelson, to submit to a pretrial deposition [Magbanua v. Florida, No. 1D19-1875 (First Dist. Ct. App. May 31, 2019)].

Kristen Kawass, a Miami attorney representing Katherine Magbanua, argued before a three-judge panel on Wednesday that Adelson should be required to sit for a deposition so the defense can question her about the murder as part of its defense. She asked the appellate court to strike down a protective order issued by Leon Circuit Judge James Hankinson that would allow Adelson to avoid deposition.

Judge Lori Rowe wrote the majority opinion, which was issued Friday, and Judge Scott Makar wrote a concurring opinion. “Although Magbanua persuasively argues that the protective order preventing any pretrial questioning of Adelson significantly impairs her ability to prepare a defense, any material injury to Magbanua may be corrected on direct appeal,” Rowe wrote. ...

Magbanua’s lawyers served Adelson a subpoena in April, but Hankinson granted a protective order at the request of Adelson’s lawyers. Hankinson noted that Adelson planned to invoke her Fifth Amendment right against self-incrimination and a deposition would serve “no useful purpose.” ...

Judge Susan Kelsey dissented, writing that the protective order should be quashed because it departed from the essential requirements of law and caused Magbanua irreparable harm. “The law clearly requires that the Fifth Amendment privilege be asserted as to specific questions, rather than being asserted as a blanket refusal to testify as was the case here,” she wrote.