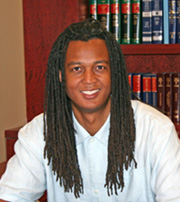 University of the District of Columbia trustees must face race bias and breach-of-contract claims by a black law professor who was denied tenure and fired. A federal appeals court found that academic institutions shouldn’t receive special treatment under anti-discrimination laws.

The university said it denied Kemit Mawakana tenure because his scholarship was deficient, and a federal trial court granted judgment for the board of trustees.

But a jury could find race was a motivating factor in the university’s decision to deny him tenure, the U.S. Court of Appeals for the District of Columbia Circuit said June 14.

Law professor Kemit Mawakana was denied tenure and terminated by his employer, the University of the District of Columbia. He sued the University’s Board of Trustees, claiming the University discriminated against him based on race and violated both the terms and spirit of its contract with him. The district court granted the University’s motion for summary judgment as to each count of Mawakana’s complaint. Mawakana appealed as to three counts. We now reverse as to those counts.

In 2006, Mawakana, a black male, was hired by the University of the District of Columbia (“University”) to serve as a law professor at the David A. Clarke School of Law (“Law School”). Pursuant to his initial employment contract, Mawakana was hired as an Assistant Professor for a three-year period. In 2009, Mawakana’s employment contract was renewed and in 2010 he was promoted to Associate Professor. In July 2011, Mawakana applied for tenure. There is no record evidence that Mawakana heard anything about his tenure application during the 2011-2012 academic year. In early fall 2012, he was invited to and attended a meeting of the faculty subcommittee assigned to review his application. At the meeting the subcommittee assured him that his application was in good shape. A short time later, however, Mawakana attended another subcommittee meeting at which the subcommittee informed him that it had some concerns about his scholarship. In November 2012, Mawakana was invited to and attended a meeting with Law School Dean Katherine “Shelley” Broderick (Broderick), and faculty subcommittee chairman, John Brittain. At the meeting they both suggested that he withdraw his tenure application. Mawakana refused. In February 2013, the subcommittee issued its assessment of Mawakana’s tenure application, concluding that his scholarship was not worthy of tenure and recommending that tenure be denied. The full faculty evaluation and tenure committee reviewed and adopted the subcommittee’s report. Broderick then reviewed and endorsed the recommendation of the full faculty evaluation and tenure committee. University Provost Ken Bain subsequently reviewed and adopted the recommendation of the full faculty evaluation and tenure committee and Broderick. Finally, University President James Earl Lyons upheld the recommendation of Provost Bain. On May 1, 2013, Mawakana received notice that he had been denied tenure and that his employment was to terminate effective August 15, 2013.

The ordinary Title VII claimant’s burden may be “especially difficult to meet when it comes to academic tenure” because (1) tenure decisions are informed by specialized, multi-factored judgments and (2) numerous decisionmakers are usually involved in the tenure review process. But the burden is no more difficult to meet than in any other Title VII case where the employment decision at issue involves complex judgments and numerous decisionmakers are involved. In other words, the Title VII burden is no more difficult to meet because the employer is a university. Although the First Amendment grants a university certain freedoms, the freedom to discriminate is not among them. ...

In this case the University has proffered a legitimate, nondiscriminatory reason for denying Mawakana tenure. It says he was denied tenure because his scholarship was deficient. Thus, we ask whether, “viewing the evidence in the light most favorable to [Mawakana] and drawing all reasonable inferences accordingly.”

A constellation of factors suggests to us that a reasonable jury viewing the evidence in the light most favorable to Mawakana could find that race was a motivating factor in the University’s decision to deny him tenure.

Second, there is evidence that Broderick, who played an outsized role in the tenure review process, see Mawakana, 315 F. Supp. 3d at 205 (it is “not disputed” that a reasonable jury could believe “the recommendation of a Dean who had been running the law school for more than 15 years carried substantial weight”), disfavored Mawakana’s application. This history is relevant because, although Broderick was not the ultimate decisionmaker, the jury could find that her negative stance on Mawakana’s tenure application was a “proximate cause” of the University’s ultimate decision to deny him tenure. The evidence in the record, viewed together and in the light most favorable to Mawakana, raises a plausible inference that Mawakana’s race was a reason Broderick disfavored his application. For instance, Broderick’s apparent change of position about the quality of one of Mawakana’s articles could be viewed as pretextual. She originally recommended Mawakana for promotion because the article was “of high quality, it reflects originality, creativity, and intellectual inquiry, and it contributes to the growth and understanding of the law,” but she later agreed with the faculty committee’s concern about Mawakana’s scholarship, which resulted in its finding that the same article did not meet tenure standards. In her deposition, when asked if the “high quality” standard was the same for promotion and tenure, Broderick answered, “I think so, yes.” The record also raises a genuine issue of material fact whether Broderick changed her position on Mawakana’s service to the law school, which she found wanting in her recommendation against tenure. In his declaration, Mawakana said that Broderick and another professor “specifically asked [him] to take on” the role of Faculty Athletics Representative (FAR), that he was told the role counted toward his service at the law school and that Broderick did not express any reservation about it. In her letter recommending against tenure, however, Broderick said that she and the other professor “strenuously advised [Mawakana] not to accept the time consuming job as FAR in order to concentrate his efforts on his teaching and scholarship.”

Third, the evidence adequately supports an inference that Broderick used her influence in a manner generally more supportive of white than black tenure candidates. Broderick supported every white applicant for tenure during her time as Dean. Once, she lobbied so hard for a white applicant to receive tenure that another faculty member testified that she had “made [tenure] happen” for that applicant. On the other hand, Broderick raised concerns about more than half of the black applicants who applied for, or considered applying for, tenure, some before the faculty had even reviewed their applications. And at least one person involved in the tenure review process seems to have believed race played a part in some of the Dean’s decisions whether to support an applicant. Indeed, the chairman of the faculty review committee wrote in an email to another faculty member: “After losing 4 colleagues these past months, all faculty of color, . . . I am not inclined to be pressured by more of [Broderick’s] efforts to clean her house.”

Fourth, two members of the University faculty who were privy to the internal workings of the tenure review process testified that they believed the University had disfavored black professors within that process.

Fifth, of the eight white applicants who applied for tenure between the time Broderick became the Dean in 1999 and the time Mawakana filed suit in 2014, each one received tenure. By contrast, of the seven black professors who applied for tenure within that time period, only five received tenure. Those numbers may not be overly alarming until one considers that one of the five was initially denied tenure—a decision which was reversed only after her Title VII race discrimination claim survived a motion to dismiss—and two other black faculty members were dissuaded from applying in the first place because Broderick told them they had no chance of succeeding.

These five factors, taken together and viewed in the light most favorable to Mawakana, raise a plausible inference that race was a motivating factor in the University’s decision to deny Mawakana tenure. At this stage, we give no opinion regarding whether Mawakana was in fact discriminated against based on his race. We simply cannot state that, as a matter of law, he was not discriminated against based on his race. ...

Total number of citations on Westlaw to all 3 of his articles: 5. Don't people feel the least bit embarrassed when they sue under circumstances like this? The women who have sued University of Denver have similarly embarrassing scholarship stats (which didn't stop the first one from winning a settlement).