To Cut Facebook And Google Down To Size, Tax Digital Ads 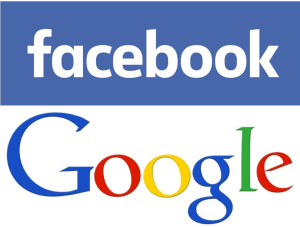 It is the job of government to prevent a tragedy of the commons. That includes the commons of shared values and norms on which democracy depends. The dominant digital platform companies, including Facebook and Google, make their profits using business models that erode this commons. They have created a haven for dangerous misinformation and hate speech that has undermined trust in democratic institutions. And it is troubling when so much information is controlled by so few companies.

What is the best way to protect and restore this public commons? Most of the proposals to change platform companies rely on either antitrust law or regulatory action. I propose a different solution. Instead of banning the current business model — in which platform companies harvest user information to sell targeted digital ads — new legislation could establish a tax that would encourage platform companies to shift toward a healthier, more traditional model.

The tax that I propose would be applied to revenue from sales of targeted digital ads, which are the key to the operation of Facebook, Google and the like. At the federal level, Congress could add it as a surcharge to the corporate income tax. At the state level, a legislature could adopt it as a type of sales tax on the revenue a company collects for displaying ads to residents of the state.

There are several advantages to using tax legislation, rather than antitrust law or regulation, as a strategy. Senator Elizabeth Warren, for example, has called for breaking up big tech companies. But the antitrust remedies that Ms. Warren and other policy experts are suggesting ask prosecutors and judges to make policy decisions best left to legislatures. Existing antitrust law in the United States addresses mainly the harm from price gouging, not the other kinds of harm caused by these platforms, such as stifling innovation and undermining the institutions of democracy.

Where would you put the brackets for this progressive tax?
Let’s focus on the United States. To get started, set the tax to zero for ad revenue under $1 billion per year, then increase the marginal rate on each additional billion.

How high should the tax rates be?
High enough to change behavior. The goal is make the market work, not to collect revenue. If a small increase in the tax increases revenue, it isn’t high enough. We want to be on the back side of the Laffer curve.