The Disappearance Of Ampersands In Law Firms Names 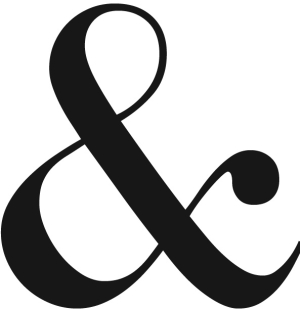 ABA Journal, For Law Firms, the Ampersand Is a Character Worth Saving:

Earlier this year, the venerable law firm long known as Milbank, Tweed, Hadley & McCloy announced that it had slimmed down its title to the breezy “Milbank.”

Tweed, Hadley and McCloy, perhaps, mourned the change, but it is unlikely that many people shed a tear for another victim that fell just as surely as those three names: the “&,” also known as the ampersand.

For more than two centuries, the ampersand flourished in its preferred environment: BigLaw titles. No one can dispute that the ampersand served BigLaw well, adorning the titles of virtually all the most prestigious members of the BigLaw species. As late as the 1990s, it was nearly impossible to name a preeminent law firm that did not proudly boast an ampersand in its title.

Am surprised nobody has mentioned Stroock & Stroock & Lavan -- which has not one but two ampersands in its name!

White & Case will never lose the ampersand because of how it sounds without it.

Shearman & Sterling is a tougher call, but I bet they keep it, though.

Being a traditionalist, I admit to regretting this trend. That said, in some cases the renamings, I think, are informed by common usage. For instance Jones Day Reavis & Pogue was commonly referred to as "Jones Day" long before they made it official. Same with Mayer Brown, and I'm inclined to think that is also the case with Milbank. The truncating of names in usage is organic and commonplace, and to some extent these formal renamings are chiefly a function of bringing names into alignment with usage and therefore "brand." That said, some major firms are still commonly referred to by names that include the ampersand -- King & Spalding, Shearman & Sterling, and White & Case come to mind. I doubt these firms will be tempted to eliminate their ampersands unless or until organic usage suggests it.

Whatever will we do without the likes of Dewey, Cheetam, & Howe?

I still remember a firm called Loeb & Loeb, in LA, I believe. Someone at the Law School wrote, “I know Mr. Loeb and can help anyone seeking a job at this firm.” Someone else posted an obvious question: "Which one?”