Tenured Kentucky Professor Sues Provost, Dean For Not Assigning Him Classes To Teach After Committee Rebuffed Attempt To Fire Him For Assigning His Book In His Classes And Keeping The $6k Royalties

Tenured journalism professor Buck Ryan has initiated legal proceedings against some of the University of Kentucky’s top administrative officials, alleging they defamed him and retaliated against him after he refused to resign. Ryan’s suit names university administrators Provost David Blackwell, Interim Dean of the College of Communication and Information Derek Lane, Director of the School of Journalism and Media Mike Farrell and chief audit executive Joseph Reed.

The lawsuit comes after UK administrators initiated termination proceedings against Ryan in May 2018, following the publication of an internal audit that said Ryan profited from the sales of his self-authored textbook that was required for some of his classes. 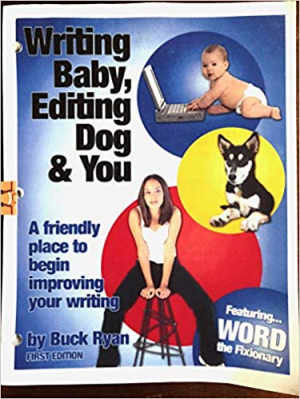 The internal audit stated that Ryan had made about $6,000 in royalties from his textbook "Writing Baby, Editing Dog & You: A Friendly Place to Begin Your Writing," since he began using the book, which has been required for Ryan’s JOU 101 since at least 2009.

When tasked with investigating the charges against Ryan, the University Senate Advisory Committee on Privilege and Tenure unanimously recommended to President Eli Capilouto and the Board of Trustees that Ryan keep his status as tenured professor. Ryan’s lawsuit alleges the audit, which was overseen by Reed, included “misrepresentations and false statements” that cast him in a false light.

After the publication of the internal audit, Provost David Blackwell told the Lexington Herald-Leader that he believed Ryan “stole from students. And he used university resources to do it." ...

Ryan’s lawsuit alleges Lane and Farrell have since continued attempts to coerce him into resigning, and have “retaliated against him by fabricating false and defamatory claims and removing his teaching responsibilities and discharging him constructively as a faculty member.”

Blanton stated that "the Interim Dean removed Professor Ryan from teaching last semester due to a variety of concerns, but all relating to the best interests of our students. There is, moreover, no policy or regulation that guarantees a professor gets to teach what he or she wants to teach when they want to teach it." ...

Ryan is not assigned to teach any courses in the coming semester, according to the fall 2019 semester course catalog.

Perhaps these squabbling academics could get a fourth-grade teacher to send over some of her students. That would add some much needed maturity to this conflict.

$6,000 in royalties -- that's nothing!
"[Harvard] Ec 10’s textbook is a massive best-seller, used at dozens of other schools, earning its author, professor Greg Mankiw, an estimated $42 million in royalties since it was first released in 1998. Mankiw’s introduction to economics has set the tone not just at Harvard but for how Econ 101 is taught across the country."
https://www.vox.com/the-highlight/2019/5/14/18520783/harvard-economics-chetty