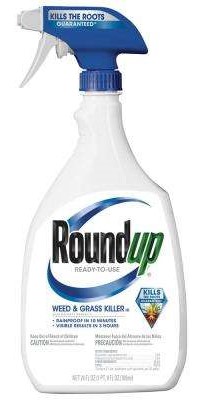 Another Roundup verdict is in, and once again, bizarre new tax rules make the IRS the biggest winner. This time, a Northern California jury found that Monsanto failed to warn users that Roundup was dangerous, awarding Alva and Alberta Pilliod $55 million in compensatory damages and a whopping $2billion in punitive damages. Alva and Alberta Pilliod used Roundup on their San Francisco Bay Area property for 35 years. They were both diagnosed with non-Hodgkin lymphoma, but are currently in remission. This is the largest jury award in the U.S. so far this year, and the eighth-largest ever in a product-defect claim, according to Bloomberg. Last year, jurors gave $289 million to a man they say got cancer from Monsanto's Roundup. That verdict was later reduced, and is on appeal. In early 2019, jurors awarded Edwin Hardeman $200,000 for economic losses, $5 million for past and future pain and suffering, and $75 million in punitive damages. Bayer has said it would appeal the jury award. Monsanto faces over 13,400 claims, and is fighting hard. But even if Monsanto pays up, new tax rules could swallow up many of the verdicts plaintiffs might be hoping to collect.

President Trump's tax bill passed in late 2017 imposes a new tax on litigation settlements in the form of no deduction for legal fees. Amazingly, many legal fees can no longer be deducted. That means many plaintiffs must pay taxes even on monies their attorneys collect. Of course, the attorneys must also pay tax on the same money. Here's the bizarre tax math. The Pilliods were awarded approximately $55 million in compensatory damages and $2 billion in punitive damages. Their combined legal fees and costs might total as much as 50%. If so, they would get to keep half, or $27.5 million of the $55 million compensatory award. Since it is for their claimed non-Hodgkin's lymphoma, that part for physical injuries should not be taxed. Of the $2 billion punitive award, $1 billion could go to legal fees and costs, with $1 billion to the Pilliods. So before taxes, the plaintiff's could take home $1,027,500,000. The case will be appealed, so no money will be paid for quite a while. Even so, it's worth reviewing the math to see how this could come out.

So what about after taxes? The $2 billion in punitive damages are fully taxable, with no deduction for the legal fees to their lawyer. Between federal taxes of 37% and California taxes of up to 13.3%, the Pilliods could lose about 50% to the IRS and California's Franchise Tax Board. That could make their after-tax (and after legal fee) haul from a $2.55 billion verdict only about $27.5 million. Does that seem fair? $27.5 million isn't pocket change, but it is a shocking result. So is being taxed on money you do not receive. The bizarre result comes from the Trump tax law, which kills tax deductions like Roundup for many legal fees. Notably, compensatory damages for physical injuries or physical sickness are still tax-free, but what injuries are “physical” can be a chicken or egg issue.

Quote: President Trump's tax bill passed in late 2017 imposes a new tax on litigation settlements in the form of no deduction for legal fees.

That's one of the most intriguing aspects of the Trump administration's tax policies. Setting limits on the federal income tax deductions for state taxes mostly falls on well-off citizens in blue states. This does much the same for tort lawyers, another heavily Democratic group. To keep their clients happy, they will have to charge less.

This is certainly fair. Liberal Democrats claim to want higher taxes. This will give them that while not adding to the burden the rest of us pay.