Secretariat’s Kentucky Derby Record Is Safe, Thanks To The Taxman 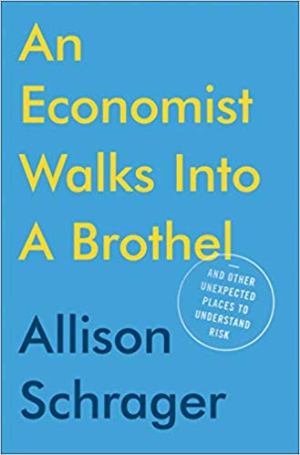 Wall Street Journal op-ed:  Secretariat’s Kentucky Derby Record Is Safe, Thanks to the Taxman, by Allison Schrager (author, An Economist Walks into a Brothel: And Other Unexpected Places to Understand Risk  (2019)):

It’s been 46 years since Secretariat ran the fastest race in the Kentucky Derby’s 144-year history, at 1:59.4 minutes. Since then, only one other horse has completed the course in under two minutes—and he missed Secretariat’s record by more than half a second. Odds are the record will survive this Saturday’s race. Despite better training, technology and breeding for speed, racehorses haven’t gotten faster since 1973.

There are several reasons: Tracks are sandier to lessen the risk of injury. Hormones were banned in 2008. And then there’s the Tax Reform Act of 1986.

Every tweak to the tax code produces unintended consequences. Before 1986, high earners faced very high marginal income-tax rates. They would seek deductions to lower their tax bills—and investing in horses, which often produce large losses, was a popular tax shelter. The 1986 reform lowered the highest income-tax rates and disallowed the deduction of losses from passive investments. With the tax shelter gone, many investors bailed on the racehorse market.

The breeders who were left standing had to bear more of the risk themselves, but the tax reform had also lowered the returns on their investments. It increased the maximum tax rate on long-term capital gains from 20% to 28% (though the lower rate was restored in 1998). Racehorses also became subject to lower rates of depreciation. The result was that fewer horses were bred. The foal crop peaked in 1986 with 51,296 horses; in 2018, only 19,925 were born.

Tax reform also changed the structure of the market. A breeder can make money two ways.

One is by breeding a horse to race. This involves housing and training the animal from birth and then racing it when it is 2 to 4 years old. The payoffs are the race winnings, then breeding fees after the horse retires from racing. Earning back your investment is a long shot; about 70% of horses race, but only 8% run fast enough to earn significant money at the track. And only a fraction of the winners are desirable breeding material.

The other strategy is commercial breeding—producing a horse and selling it when it is a year old for the purpose of racing. This approach produces returns that are both faster and more certain. Commercial breeding started to become popular in the 1960s, but since the 1986 tax reform, most breeders sell some or all of their horses each year, rather than race them themselves. The expected returns from such a long-term investment are too low to justify the considerable risk.