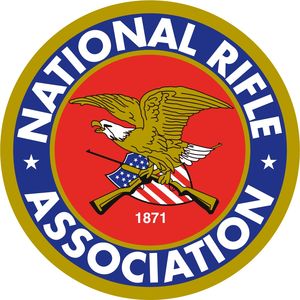 New York Times, At the N.R.A., a Cash Machine Sputtering:

As the gun rights group lavished pay and perks on its leaders and partners, fueling infighting, it increasingly relied on its own charity for funds. Tax experts have questions.

The tantalizing leaks have spilled out in the weeks since the National Rifle Association’s annual convention in Indianapolis devolved into civil war.

Amid anxiety over falling revenue and mounting legal trouble has come news that the gun group’s longtime chief executive, Wayne LaPierre, billed $275,000 for purchases at the Zegna luxury men’s wear boutique in Beverly Hills. Its largely ceremonial president, Oliver L. North, had a contract worth millions of dollars a year. And a litany of payments benefited prominent officials, like the $60,000 for advertising on a TV show featuring the rock musician and N.R.A. board member Ted Nugent.

But behind the internecine squabbling lie deeper financial problems. A review of tax records by The New York Times shows that, to steady its finances, the powerful lobbying group has increasingly relied on cash infusions and other transactions involving its affiliated foundation — at least $206 million worth since 2010.

The role of the foundation is among the issues being examined in a new investigation into the N.R.A.’s tax-exempt status by the New York attorney general, Letitia James. The N.R.A. and the charity received separate letters last month from Ms. James’s office ordering them to preserve pertinent records, according to several people who had seen them.

At issue for investigators, tax experts say, would be whether that money was being used for charitable purposes, as required by law, and not to help finance the N.R.A.’s political activities. ...

[T]he N.R.A. itself is in very poor financial health and they’re being subsidized in large part by their foundation,” said David Nelson, a former partner at Ernst & Young who has specialized in tax-exempt groups. “They’re kind of running the organization into the ground.”

“We know that people can get their tax deductions by giving to the foundation, so you’d rather give to that than the N.R.A., but the N.R.A. is the one spending all the money,” Mr. Nelson added.

N.R.A. officials said they had followed appropriate accounting rules, and that transfers reflected the foundation’s evolution. ...

[P]ayments are likely to be scrutinized by Ms. James’s office, which is examining “transactions between the N.R.A. and its board members, unauthorized political activity, and potentially false or misleading disclosures in regulatory filings,” according to a copy of a letter sent to the N.R.A. and reviewed by The Times. (The attorney general of New York has jurisdiction because the N.R.A. was established there.)

Federal rules restrict transactions that confer economic benefits on high-ranking employees of tax-exempt organizations. A number ofsuch transactions have already drawn scrutiny, and others are emerging. ...

Some members believe the group has been woefully managed. In a recent open letter, Steve Hoback, a former N.R.A. official in its training department, warned that the organization had “become the swamp that many have lashed out against in our Federal government.”

Another former staff member, Andrew Lander, wrote in his own open letter that “the things that are taking place within the organization, I feel are things that corrupt Congressmen would be doing” — not, he said, the leaders of the “oldest civil rights organization in the country.”

The extent of the group’s financial problems has in some ways been masked by the foundation, which is sitting on more than $29 million that is counted as an asset on the N.R.A.’s books. Without it, the N.R.A. would have a negative net worth. The gun group said the money was largely an endowment set up for the N.R.A., but also encompassed reimbursements to the N.R.A. — for staff, supplies and rent — that had not yet been transferred.

Marcus Owens, a partner at Loeb & Loeb who served for a decade as director of the exempt organizations division of the Internal Revenue Service, said the sums moving to the N.R.A. from the foundation were “substantial related-party transactions,” and that “in normal times, they would attract regulatory attention from the I.R.S. and a state attorney general.”