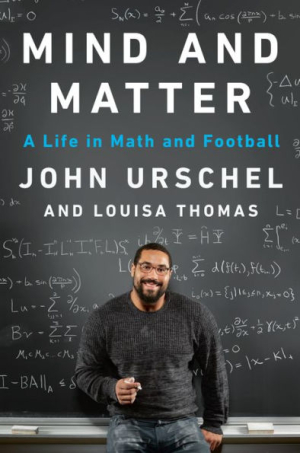 Growing up, I thought math class was something to be endured, not enjoyed. I disliked memorizing formulas and taking tests, all for the dull goal of getting a good grade. In elementary school, my mind wandered so much during class that I sometimes didn’t respond when I was called on, and I resisted using the rote techniques we were taught to use to solve problems. One of my teachers told my mother that I was “slow” and should repeat a grade. ...

What I wanted to do was play college football. I was an offensive lineman. My hero was Jake Long, the starting left tackle for the University of Michigan who would later be selected first in the N.F.L. draft. My ambition was to get an athletic scholarship to attend a Big Ten school.

The chances of that happening were very low. In high school, I weighed “only” 220 pounds — about 80 pounds less than a big-time college tackle. I was an above-average athlete, but not a freak of nature. And my high school in Buffalo was an academic powerhouse, not a “feeder” school for college sports programs.

That didn’t stop me from dreaming, though. And it didn’t stop my coaches from encouraging me to believe I could reach my goal, and preparing and pushing me to work for it. When they told me I had potential but would have to work hard, I listened. I heard their voices in my ear when I dragged myself out of bed for predawn weightlifting sessions. They made videotapes of my performances and sent them to college coaches around the country. It didn’t matter that I didn’t initially attract much interest from the big schools. My coaches kept picking up the phone, and kept convincing me to try to prove myself.

In the end, a Big Ten school, Penn State, did offer me a scholarship. I was the 26th of 27 recruits. After college, I was even drafted by the Baltimore Ravens. I played for the Ravens from 2014 until my retirement in 2017.

Football coaches can be easy to caricature: all that intensity, all those pep talks, all those promises to build character. I certainly don’t romanticize them. I don’t believe that they make better young men, just better football players.

But I wish math teachers were more like football coaches. ...

A growing body of research shows that students are affected by more than just the quality of a lesson plan. They also respond to the passion of their teachers and the engagement of their peers, and they seek a sense of purpose. They benefit from specific instructions, constant feedback and a culture of learning that encourages resilience in the face of failure — not unlike a football practice. There are many ways to be an effective teacher, just as there are many ways to be an effective coach. But all good teachers, like good coaches, communicate that they care about your goals.