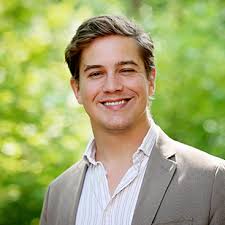 Ian Samuel, Associate Professor Of Law at Indiana University Maurer School of Law, resigned yesterday and posted this letter on his Twitter account:

Last fall, the university opened a Title IX investigation in which I was the responding party.

Since then, I’ve kept quiet in public, and I’ve done everything I can to cooperate with the university’s process. But the investigation is done now, and for the reasons I’ll explain in this letter, I hereby resign my appointment as an associate professor, effective at the close of business today. I’m choosing to forgo procedural rights that might (though I doubt it) preserve my job if I fought to the Pyrrhic end, because the academic year is over and it’s time for this process to be over, too.

Why? Well, I don’t think I’m breaching any confidences by saying that the allegations in this case describe me drinking to excess in a public place I shouldn’t have been, in company I shouldn’t have kept, and treating the people present in ways they didn’t deserve. Those behaviors are totally inconsistent with what any university expects of its faculty, of course, but it’s more than that. When the investigation began, a few people I trust suggested that maybe it was time to take a hard look at my life. They were right. Once I was ready to be honest with myself, I had to admit that the night in question was the clearest sign yet of a problem that had been growing for some time, and which was going to keep growing as long as I kept ignoring it. Although that admission didn’t solve any- thing by itself, it did beat denial.

The truth is that the university’s investigation, in addition to doing justice, probably had the side effect of saving my life. More importantly, it’s given me a chance to live the life I’ve got differently. I was becoming an ugly man, and I needed nothing so much as a clean mirror and someone brave enough to make me look at it. Well, someone did, and they did it before my son got old enough to start feeling ashamed of his father. Not everyone is so lucky. So I’d be a real ingrate if I felt anything other than admiration and gratitude for the complainants’ integrity in this case.

And that’s all fine, but words are cheap, as lawyers know, and being sorry isn’t enough. I hurt people, and it’s pretty damned hard to imagine those people feeling the slightest bit better just because I wish it hadn’t happened. No. Accepting responsibility means actually doing something, if you can, to spare the people you hurt from any more harm. My sense is that the people most affected by all of this would prefer it if I didn’t remain at the university, and I understand why. If I were in their shoes, I think I’d want to live my life in Bloomington without worrying about crossing paths with a person I’d rather forget, no matter what sweet song of reform he’s singing now. In fact, that makes so much sense to me that I can’t see any honest basis for prolonging this process any further.

In addition to confession and contrition, in other words, sin requires punishment. Part of mine is that I’ll no longer be on the faculty at Indiana University, and I cannot call that result unjust. Let me use my last words as a professor here to say that it’s been a privilege to serve on this faculty and to teach my students. What comes next, I don’t know. What I do know is that halfway through the journey of my life, I lost—through my own grievous fault—the straightforward path, my sense of right and wrong. It behooves me now to take another road.

Amazing. As Mr. Spradling says, no weasel words. No false apologies with "ifs" (as in "If I offended anyone . . . ."). This guy actually put his big-boy pants on and manned up.

A terrible apology in my opinion. One that focuses too much on himself and not enough on his actions and those he hurt. I hope no other school ever makes the same mistake as Indiana did.

Unbelievable in this day and age. No weasel words. No shifting blame. Accepting responsibility for your own actions. Thank you, sir. I had given up hope.

One does not often read or hear such apologies from public figures. While I cannot pretend to know with confidence the subjective state of Professor Samuel's mind, the words he chose to use signal a refreshing sincerity. If so, I wish him God speed on on the new road he is choosing.