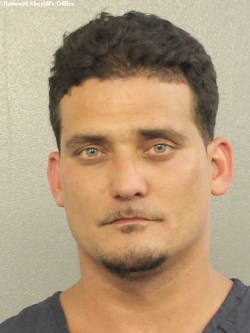 The attorney for one of the suspects set to stand trial in June for the murder of Dan Markel is asking the case be continued because his girlfriend is expecting a baby.

Saam Zengeneh filed the motion for a continuance roughly a month before his client Sigfredo Garcia [right] was scheduled to go before a jury.

A hearing will be held Tuesday in front of Leon Circuit Judge James C. Hankinson.

Zengeneh wrote that his girlfriend was expecting their child in July and she, “relies heavily on (him) especially during this time of her pregnancy.

“(He) is concerned about being so far away from his girlfriend during the last month of her pregnancy and is concerned that this may interfere with his ability to try the case.”