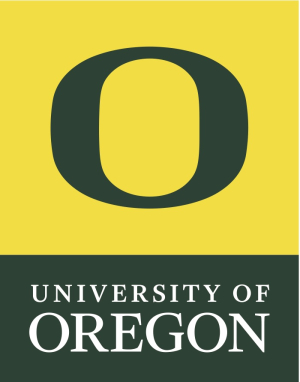 Psychology professor Jennifer Freyd filed a notice of appeal Wednesday after the pay discrimination lawsuit Freyd v. University of Oregon was dismissed in federal court. This is the most recent development in a two-year court battle between UO and the tenured professor in Eugene, OR.

Freyd, a highly-regarded instructor and researcher on the psychology of sexual violence, asked for a raise “to bring her salary in line with her expected salary” after conducting an analysis of the Psychology Department and becoming concerned that her pay was lower due to her gender, court documents show.

According to court documents, UO chose not to offer her a raise after concluding that her compensation was higher than other professors in the College of Arts and Sciences, of which the Department of Psychology is a part. The discrepancies between her pay and her male colleagues in the Psychology Department were due to retention raises, which Freyd never requested, and not sex discrimination, according to court documents.

Freyd then a filed suit in March 2017 under the Equal Pay Act among other statutes, which requires that men and women be paid equally for equal work. She claimed that while she worked at the university for almost 25 years, her pay was lower than that of male professors who held the same or lesser positions because she is a woman.

Inside Higher Ed, Professor Loses Sex Discrimination Case Over Her Pay Vows To Fight On:

She alleges that Oregon failed to properly respond to what her own department chair called a “glaring” pay gap between Freyd and the men she works with -- $18,000 less than that of her male peer closest in rank. ... “The pay inequity I have experienced is very painful, and I do not want the women I have mentored, my current and many former graduate students, my own daughter in graduate school, or the junior faculty we have hired in the department of psychology to go through what I’ve gone through.”

Oregon, meanwhile, said in a statement that Freyd is “a respected and valued” member of the faculty, “and we believe this decision establishes that she is fairly compensated relative to her peers.” The university believes the court “correctly decided the case” and will continue to defend itself on appeal.

According to Freyd’s original complaint, salaries in her department are supposed to be determined by seniority and merit. Merit-based raises are awarded based on a consideration of research, teaching and service. Oregon’s psychology program conducted a self-study in 2016. One of the findings was that psychology faced a “significant equity problem with respect to salaries at the full professor level.” The authors conducted a regression analysis and found that the annual average difference between male and female full professors was about $25,000. So over a period of 20 years, women would receive approximately $500,000 less than their male counterparts, and probably even more, when considering retirement benefits, which are based on salaries. ...

“Freyd is currently the most senior faculty member in the department. She is a widely recognized leader in her field with impact beyond the academy,” [Ulrich Mayr, department chair] wrote. Yet her salary is “$18,000 less than that of her male peer closest in rank (who is still seven years her junior). When taking in consideration impact or merit, this difference further increases to $40-50,000.” ...

There are six male full professors in her department, according to Freyd’s complaint. All are junior to her in years of service, and none has a higher h-index than she has. She is paid nearly the same as a fourth male colleague who is substantially junior.

It sounds as though the first writer did not understand the significance of the retention bonuses, while the second acknowledged it but did not really address it. The bonuses were awarded because Prof. Freyd’s colleagues received offers to move to another institution at a higher salary, and Oregon matched those offers, resulting in those faculty being paid more. This sort of response to poaching attempts is not uncommon in fields where there is higher demand for star performers, and is in fact a sort of objective form of merit pay. The second article even describes facts that might explain why at least one of the colleagues was getting poached: Unlike Prof. Freyd, he was bringing in millions of dollars in federal research grants. So these retention arrangements are not something that should be dismissed out of hand, as the articles seem to do, as a nondiscriminatory reason for a pay disparity.

Arguably it is problematic here that all but one of the senior faculty were receiving these retention payments, suggesting that the competing offers might simply represent the market for faculty at that level of seniority rather than an indication of any particular star status. It is also an issue, as in the recently publicized dispute between the Boston Symphony and its principal oboist, when the disparity resulting from the poaching negotiation persists over a lengthy period during which the star status of the two performers largely reverses itself. There is definitely a nuanced debate that could be had here, but the articles largely ignore it.

Exhausting. I am retiring from the legal academy next summer. I wonder how much larger my retirement nest egg would be if I had experienced pay equity over my career.