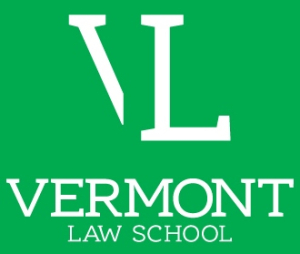 Following up on my previous post, AAUP Investigates Vermont Law School's Tenure Revocation From 14 Of 19 Faculty:

Based on our investigation of the events that led to the detenuring of fourteen of the nineteen tenured faculty members in spring 2018, this investigating committee finds that the administration of Vermont Law School violated the standards set forth in the AAUP’s Statement on Government and derivative Association documents and that unacceptable conditions of academic governance prevail at the institution. Contrary to the assertions of some administrators and faculty members, we did not consider this a “foregone conclusion” when we began our investigation. Indeed, we acknowledge that the administration did take many steps to comply minimally with certain Association-supported standards. It consistently asked faculty members for suggestions and made a compel­ling case for why some faculty members, for the good of the school, should volunteer for early retirement. We appreciate that Dean McHenry communicated the gravity of VLS’s financial position early in the restructuring process. And we recognize that some remaining VLS faculty members still feel that they have the freedom to teach and research as they wish and that non-tenure-track faculty members have historically participated in shared governance at VLS.

But, as discussed earlier in this report, minimal compliance with a few AAUP standards does not by itself bring VLS into alignment with those standards. Asking faculty members for suggestions does not constitute meaningful consultation when the faculty is not given any opportunity to review, analyze, and assess the options, whether suggested by faculty members or not, and, ultimately, to affect decisions being made. Having access to data is not equivalent to being consulted about what those data mean and how they should be understood and addressed. A strong culture of academic freedom relating to classroom teaching and research is only one part of what constitutes academic freedom. And providing non-tenure-track faculty members some participatory rights does not necessarily translate to a strong culture of governance if faculty members with those rights are not afforded the opportunity to exercise them in ways that matter.

Finally, we must relate the two concerns that we have found most troubling about the VLS administration’s failure to comport with AAUP-recommended standards of academic governance during the 2017–18 academic year: the significant erosion of trust within the law school community during that time and the net effect on the institution of the events of that year. With regard to the former, and as we hope this report makes evident, the story of VLS during the period under investigation is one of eroding trust not only between a wide swath of faculty members and the administration but also among faculty members themselves. This erosion of trust stands in stark contrast to what we heard about the strong sense of community that had existed at VLS in the past. This breakdown of trust resulted not from the administra­tion’s failure to keep faculty members informed or solicit suggestions from them but from its failure to comprehend why providing data and asking for input do not, by themselves, constitute meaningful collab­orative decision-making. A statement Dean McHenry made to a local newspaper reporter comparing faculty members to children “handled” by the administration reflects precisely the administration’s approach: faculty members could be manipulated into thinking they were making decisions for themselves, when all along the grown-ups had made the decisions for them. This is the antithesis of shared governance.

A view of the situation that accounts for the net effect on VLS of the events of 2017–18 is even more devastating. The administration eliminated the tenure of three-quarters of the school’s tenured faculty members, making them essentially at-will employees; transferred the bulk of the teaching load to contingent faculty members; and radically reduced the size of the full-time core faculty. Put inelegantly, VLS laid off a majority of its most expensive faculty members and then outsourced the work they did to a much cheaper contingent labor force, with no intention, it seems, of looking back. Left in the dust pile of this type of corporate restructuring are the primary goals of higher education: to serve the common good and advance the progress of society through teaching and research, which goals are the very reason for academic freedom, tenure, and shared governance.

We wish to reiterate that every single person with whom we spoke in the course of our investigation expressed a commitment to Vermont Law School. Everyone was devastated by the events of last spring and the school’s continuing difficulties. All of those we spoke with, and the members of this committee, want to see VLS survive so that it can carry forward its mission to educate and train leading environmen­tal lawyers, particularly in a time when they are so needed. Vermont Law School will be able to do so, however, only if it conforms not only to the letter of AAUP-supported standards, but to the animating spirit of the AAUP’s commitment to shared governance, academic freedom, and the common good.

I reached out to Tom McHenry, President and Dean of Vermont Law School, and he provided this statement to share with TaxProf Blog readers: 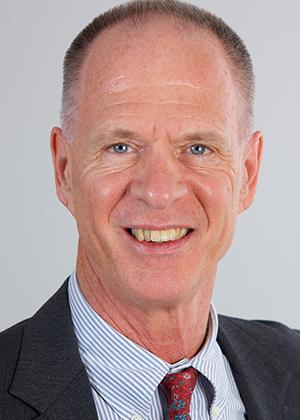 We have reviewed the American Association of University Professors (AAUP) report entitled “College and University Governance: Vermont Law School.” The Report concludes that Vermont Law School took many steps to comply and did conform with the ‘letter’ of AAUP standards but perhaps failed to measure up, in some respects, to their ‘animating spirit’.

Vermont Law School remains deeply committed to the principles of shared faculty governance and academic freedom. The steps required to resolve our financial challenges were painful and by their very nature could not be accomplished to the satisfaction of everyone involved. Our focus moving forward is to provide our students with an outstanding law and policy education, to maintain the nation’s premier environmental law program, and to retain our overall commitment to environmental and social justice.

The School’s response to the AAUP appears at footnote 13 of the Report and can be accessed as follows: VLS AAUP Response.

Inside Higher Ed, A Violation of Shared Governance

Apparently complying with AAUP guidelines is a suicide pact for small law schools.

You can't force people to go to a Law School that people don't want to go to. I'm afraid Vermont will not be the last.