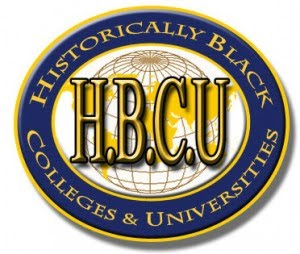 Historically black colleges and universities helped lift generations of African-Americans to economic security. Now, attendance has become a financial drag on many of their young graduates, members of a new generation hit particularly hard by the student-debt crisis.

Students of these institutions, known as HBCUs, are leaving with disproportionately high loans compared with their peers at other schools, a Wall Street Journal analysis of Education Department data found, and are less likely to repay those loans than they were a decade ago.

Among key findings of the Journal’s examination of 2017 data, the latest available:

Though HBCUs typically cost less than other public and nonprofit four-year schools, these colleges have long trailed those peers on measures of debt and repayment. Now they are trailing by far greater margins. ... 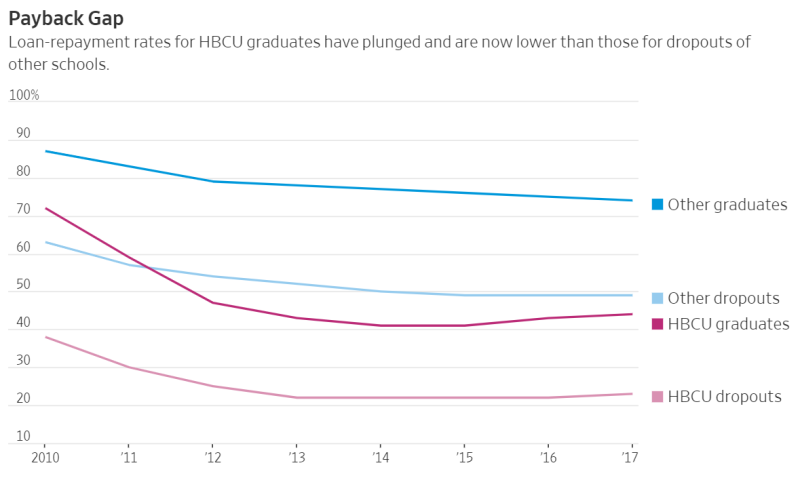 The HBCU debt gap has widened partly because of simple math. Tuition increases have outstripped inflation across America. Black families have the least wealth of the largest U.S. racial groups, Federal Reserve data show. Parents of black college students have lower incomes and are less likely to own homes than those from other racial groups, Education Department data show.

So in coping with tuition increases, black students have fewer resources to draw on than many Americans. Borrowing proportionally more has been the solution for many black students and families.