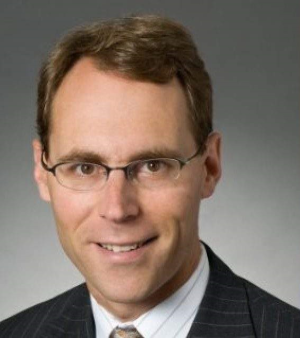 New York Times, Trump Asked That Confirmation of I.R.S. Counsel Be a Priority:

President Trump earlier this year asked Senator Mitch McConnell, the majority leader, to prioritize a confirmation vote for his nominee to be the chief counsel of the Internal Revenue Service, indicating that it was a higher priority than voting on the nomination of William P. Barr as attorney general, a person familiar with the conversation said.

White House aides insisted for months that the confirmation of the nominee, Michael J. Desmond, a tax lawyer from Santa Barbara, Calif., was a top priority after passage of the tax bill in 2017.

But the request by Mr. Trump, made to Mr. McConnell on Feb. 5, raised questions about whether the president had other motivations. For months, the president has seethed over vows by congressional Democrats that they would move to obtain his tax returns from the I.R.S. And this week, the House Ways and Means Committee chairman, Representative Richard E. Neal, Democrat of Massachusetts, formally asked the I.R.S. for six years of the returns, using an obscure provision in the tax code to do so.

On Thursday, asked if he would direct the I.R.S. not to disclose his tax returns, Mr. Trump said Democrats would have to talk to his lawyers. ...

Democrats in the House are relying on a little-known provision of the federal tax code to try to view Mr. Trump’s personal and business tax returns. The provision, added in the 1920s, gives the chairmen of Congress’s tax-writing committees — including the Democrat-led Ways and Means Committee in the House — authorities to request information on any filer to review privately.

The text of the law does not give the Trump administration clear grounds to deny a request from Mr. Neal, saying only that when requested, the Treasury secretary “shall” furnish the information. But Treasury Department officials are making preparations to challenge any requests coming from Mr. Neal. They would most likely argue that his action is politically motivated, not related to real matters of policy and therefore illegitimate.

Vanity Fair, Has Trump Been Grooming the IRS’s Top Lawyer to Hide His Tax Returns?:

At this point, Donald Trump’s abject refusal to release his tax returns has become something of a running joke. “Trump is so scared of the Mueller report being made public, you’d think it was his tax return,” Stephen Colbert jokedon Twitter this week. And yet, growing evidence suggests the president may have just as much—or more—to fear from making his finances public as he does from Robert Mueller. Late Thursday, The New York Times reported that the president called on Mitch McConnell to fast-track the confirmation of Michael Desmond, his nominee for chief counsel of the Internal Revenue Service, indicating that he considered it an even higher priority than the confirmation of Attorney General William Barr, who would go on to clear him of collusion and obstruction. While part of the reason presumably involved his sweeping tax legislation, the Times reported, Trump might have had an ulterior motive in insisting on a speedy confirmation for Desmond: a looming battle with House Democrats over his elusive tax returns.

The left and the press, largely synonymous, are also attacking Barr using the same dubious assertions.

Such a lack of critical thinking, honestly...

Fully vetted by the Finance Committee and fully supported. Another nonsense article.

@Bill -- I can't speak historically, but can say the previous four Chief Counsels did not have solo experience, as Desmond does. Stuart Brown did practice at Caplin & Drysdale, which would have been a relatively small boutique in the late 1970s and 1980s when he was there. The others had all their private practice experience at fairly large law firms (plus, in Don Korb’s case, some time at Coopers & Lybrand).

If your question was meant to suggest some lack of experience, you should understand that Desmond also worked in the Department of Justice Tax Division, as a partner at a large law firm, and as Tax Legislative Counsel for the Treasury Department. I don’t think anyone would hold the fact that he built a solo practice against him.

This is a ridiculous series of suppositions, and it is telling that none of the articles included a comment from anyone who actually knows Mike Desmond. Desmond is a 100% by the book guy with a long history at Treasury and DOJ Tax. Trump had to intervene because Bob Menendez had been holding up the nomination FOR A YEAR for political reasons unconnected to the nominee (dissatisfaction over the cap on the SALT deduction). The suggestion that the nomination is connected in any way with the kerfuffle over Trump’s tax returns is ridiculous.