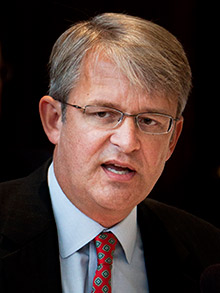 During the first six decades of the 20th century, lawyers in the United States grappled with their role in stewarding the nation’s tax system. As 19th century tariffs gave way to 20th century income taxes, legal professionals found themselves at the center of a complex and momentous transformation of the American state and its fiscal underpinnings. In the early 20th century, a subset of these legal professionals came to view themselves principally as “tax lawyers,” a previously unknown category within the legal profession. This process of self-identification also involved a certain amount of organizational creativity, and during the first four decades of the century, tax lawyers organized a series of ad hoc groups within the broader American Bar Association (ABA).

In 1939, the ABA grudgingly established a permanent Section of Taxation, recognizing belatedly the importance and durability of this legal specialty. One of the central challenges facing leaders of the Tax Section was difficult questions about the public role of the private tax bar. This article explores how the organized tax bar navigated the tensions between serving private clients and defending the integrity of the tax system. Stanley Surrey, one of those leaders, identified and scrutinized this professional dilemma with more clarity and conviction than nearly any other tax law professional. The problem, as Surrey understood it, was that tax lawyers had other responsibilities competing with their duty to the fisc.

The tension between a tax lawyer’s public and private responsibilities was not easily resolved. But the ABA Tax Section never stopped trying, and this paper explores those efforts during the first six decades of the 20th century. By the early 1960s, Tax Section leaders had begun to define an important, if circumscribed, public role for the private bar — one focused less on broad issues of political economy and more on “technical tax matters” where it was possible to “balance fairly the interests of the ‘Government’ and the ‘taxpayer.’”