One day last September an unidentified trader pumped more than $3 billion into a tech fund run by State Street Corp. Two days later that trader pulled out a similar amount.

Why would someone make such a large bet—five times bigger than any previous transaction in the fund—and then reverse it so quickly? It turns out that transfusions like these are tax dodges, carried out by the world’s largest asset managers with help from investment banks. The beneficiaries are the long-term investors in exchange-traded funds. Such trades, nicknamed “heartbeats,” are rampant across the $4 trillion U.S. ETF market, with more than 500 made in the past year. One ETF manager calls them the industry’s “dirty little secret.”

Typically, when you sell a stock for more than you paid, you owe tax on the gain. But thanks to a quirk in a Nixon-era tax law, funds can avoid that tax if they use the stock to pay off a withdrawing fund investor. Heartbeats come into play when there isn’t an exiting investor handy. A fund manager asks a friendly bank to create extra withdrawals by rapidly pumping assets in and out.

“If the IRS were looking at it, they would say that’s a sham transaction,” says Peter Kraus, a former chief executive officer of mutual fund manager AllianceBernstein Holding LP who now runs Aperture Investors LLC.

Imagine that a grocer got a tax deduction every time someone returned a box of cornflakes to his store. Heartbeats are when the grocer asks a friend to buy all the boxes and return them, just to pocket more deductions.

Fund managers and bankers say the trades are perfectly legal, and that most of the taxes that they help regular ETF investors avoid will be paid in later years. The biggest ETF managers, including BlackRock, State Street, and Vanguard Group, all use heartbeats, with help from banks such as Bank of America, Credit Suisse Group, and Goldman Sachs Group, according to market participants who spoke on condition of anonymity. Spokesmen for those companies either declined to comment on the trades or defended their use. The Internal Revenue Service says it’s aware of heartbeats and wouldn’t say whether it considers them an abuse. 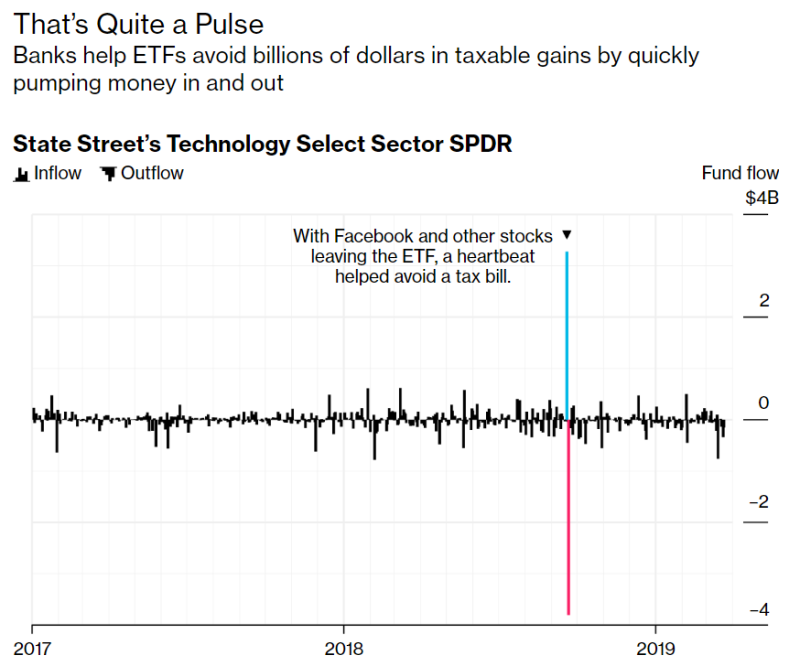 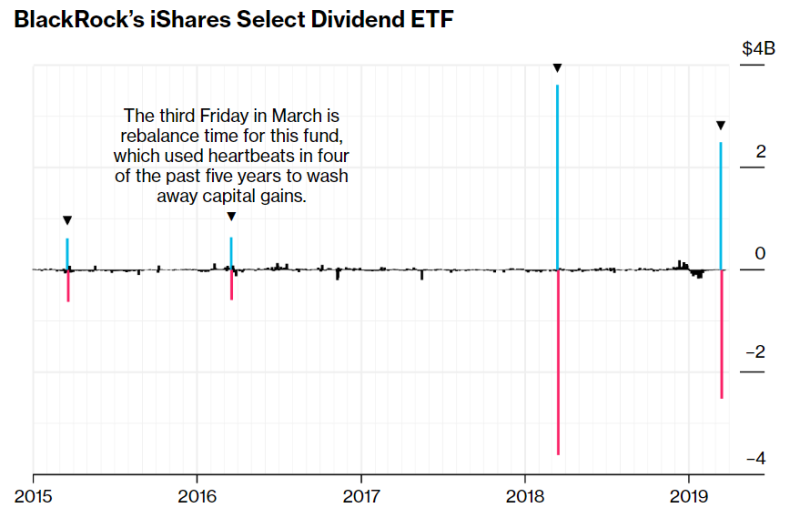 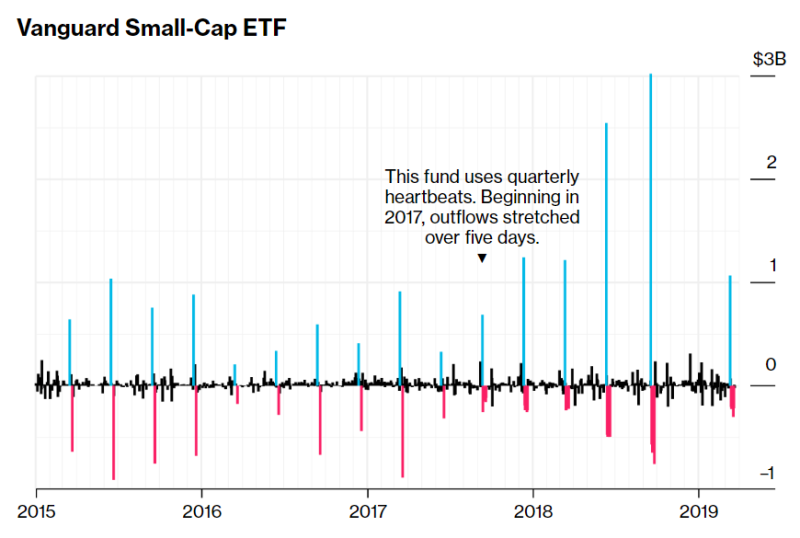 [T]he transactions may be vulnerable to an IRS challenge, says Jeffrey Colon, a tax professor at Fordham University School of Law in New York who’s written about ETF taxation [The Great ETF Tax Swindle: The Taxation of In-Kind Redemptions, 122 Penn St. L. Rev. 1 (2017)]. One question the agency might want answered, he says: Does the bank have some independent reason for this investment? If not, Colon says, “the only reason you’re doing this is to facilitate the avoidance of tax.”

The answer to Colon’s question depends on whom you ask. More than a dozen bankers, market makers, and fund managers who spoke on condition of anonymity say heartbeat trades aren’t profitable enough for the banks to pursue for their own sake. (Banks can’t get paid directly by fund companies for the trades.) Instead, these market participants say, banks do them to build goodwill with clients and win other, more lucrative business. ...

What if Congress closed the loophole, ending not just heartbeats but ETFs’ entire tax edge? “Without this provision, millions of American investors would face more frequent, sizable, and unanticipated tax bills,” says Keith Lawson of the Investment Company Institute. But low taxes are just one of ETFs’ selling points, and the funds are flourishing in countries that don’t give them special treatment.

Robert Gordon, a tax expert at Twenty-First Securities Corp. in New York, says ETFs are among his favorite investments because the 1969 provision makes them tax-efficient. But he warns that by using heartbeats, ETF managers might draw policymakers’ ire and lose the break. “It’s a transaction that looks too good to be true,” Gordon says. “This has gone too far, and it’s going to be the straw that breaks the camel’s back.”

Two thoughts regarding “… the trades are perfectly legal, and that most of the taxes that they help regular ETF investors avoid will be paid in later years.”

1) If you are relying on a quirk in a 1969 Nixon-era tax law, you probably should not be. There is no way 50 years ago they could have predicted this level of complexity, nor the consequences of its use in this manner.

And, correct me if I’m wrong, but 2) If the ETF investor dies, the beneficiaries get a step up in the investment basis and would NOT pay those avoided taxes in later years.

Just one more example of the collaboration by major American institutions (and thousands upon thousands of highly-paid professionals) in tax evasion.

But apparently they have little trouble, if any, in sleeping at night.