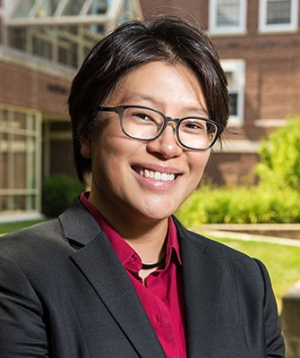 Shu-Yi Oei (Boston College) presents Beyond Notice-and-Comment: The Making of the § 199A Regulations (with Leigh Osofsky (North Carolina)) at San Diego today as part of its Tax Law Speakers Series hosted by Jordan Barry and Miranda Perry Fleischer:

Congress passes a highly transformative but hastily drafted legal reform. Who comments in the regulatory process, when, and what are the implications? In this Article, we study these questions by examining how the regulatory process has unfolded in the case of § 199A, one of the central provisions from the monumental 2017 tax reform.

Our study reveals that different commenters had different levels of access and opportunities to influence regulatory outcomes. Beyond notice-and-comment, there is both an inside and an outside track. The inside track offers advantages to parties who engaged directly with Treasury outside of notice-and-comment. The outside track consists of public dialogue that may offer an important, countervailing perspective, but is least entitled to agency consideration. This multi-track system is understandable in light of agency resource constraints and the need for timely real-world input, but it is also potentially problematic because it provides different participants different opportunities to obtain desired regulatory outcomes, and because it does not ensure the transparency necessary to protect the principles underlying open governance. We discuss ways to resolve this tension in administrative practice and further implications of our findings for the legislative and regulatory process and tax law development.