Lesson For Tax Day: When Tax Prep Software Gets It Wrong 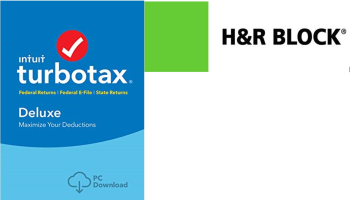 I have been using tax prep software since at least the early 1990’s as my tax journey has followed the dimensions of my life journey: from single to married to parent; from renter to owner to landlord; and from debtor to investor.  If I have learned anything over the years about tax prep software, it is this: you cannot trust tax software to get it right.

This year, the H&R Block software wanted to give me a larger §25A American Opportunity Tax Credit (AOTC) than I was entitled to take.  For reasons I describe below the fold, I let the software do that.  Yes folks, I filed a false tax return!  And, no, it won’t get me in trouble, for reasons that may surprise you.  Today I give you a “you can do this at home” lesson on how to deal with erroneous tax prep software.  Happy Tax Day.

For those who have forgotten (or who were not yet alive), this online video is a great reminder of what tax software prep was like back in the early 1990’s.  Those were the days of dial-up access, and before the internet acquired the graphical interface we take for granted today.

Since the early 1990’s I have used either Turbo Tax or what used to be called Tax Cut (before H&R Block bought it and re-branded it).  Usually I have used H&R Block because I have grown used to its interface.

Both software programs make errors.  That’s not really a cut on the software developers or programmers.  Tax and life are both complex and it’s difficult to code for all the variations.  One year---I think it was 1992 but am not positive---I had converted a personal residence to a rental mid-year.  Turbo Tax wanted to give me a double-dip by putting all my mortgage interest expenses on Schedule E and then again on Schedule A instead of pro-rating the expenses per §280A.  I was able to fix that by overriding the program directly on the forms.  I was not filing electronically that year.

This past year, H&R Block software also wanted to give me a double tax benefit.  In 2018 my daughter attended a junior college here in Lubbock in the Spring and Summer, and attended Texas Tech University (TTU) (go Red Raiders!) in the Fall semester.  I paid the junior college tuition, fees, and required books out of pocket, spending a total of $3,858.  In contrast, I used my 529 plan to pay for all the TTU eligible expenses, including tuition, books, fees, supplies, dorm housing and meal plan.  I had the 529 plan send the checks directly to TTU.  I did not report the 529 plan distributions as income because they were excluded under the rules in §529(c).

My goal was to pay enough out of pocket to maximize my AOTC.  Perhaps some day I will earn enough to be ineligible for the AOTC, but that day is unlikely to come, if it ever does, before my youngest graduates from college in 2024.

None of the money I spent on my daughter’s Fall semester TTU expenses qualified to generate the ATOC tax benefit because it all came from my 529 plan and §25A(g)(2)(C) properly denies the double benefit.  In fact, before 2001, a taxpayer had to choose each year between the §25A credits and the tax free distributions from 529 plans.  But now taxpayers no longer have to choose, so long as they do not try to double count the expenses. See §529(c)(3)(B)(v).

However, H&R Block’s interview does not account for §529 distributions.  It properly asked me to tell it the total eligible education expenses, starting with amounts reported on Form 1098-T and then allowing me to enter additional qualified expenses that were not reflected on the Forms.  For example, §25(A)(f)(1)(D) says that books and other required course materials count for the AOTC.  And Texas Tech’s Form 1098-T did not reflect that I had pre-paid my daughter’s Spring 2019 tuition in December.  Section 25A(g)(4) permits taxpayers to pre-pay and use the prepayments to generate the AOTC.  H&R Block software is designed to conform with that rule.  Good on them!

Where the H&R Block software went wrong, however, was in failing to ask me what amounts of my eligible expenses were paid for by a §529 plan, either directly or through reimbursement.  As a result, the software determined that I had maxed out my AOTC-eligible expenses at $4,000 and that’s the number it used on Form 8863, line 27.

It was the wrong number.  The right number was $3,858.  As a result, the H&R Block software overstated my credit and, thus, the return understated my tax liability.   Sure, the amount was modest, under $50, but it was still wrong.  And like many other taxpayers, I don't like being on the wrong side of wrong.

That error by H&R Block created a dilemma.  To understand the dilemma you need to know that a few years ago I got a notice from the IRS that attempts had been made to access my account information using the “get my transcript” function.  My personal information has also been part of any number of major breaches: the IRS, Equifax, Target, OPM, and...heck so many more.  I mean, who can keep track of all that?  Oh, Wikipedia.   So I am quite confident that my identity information is available to Big Crime through Big Data.  Well, Big Whoop.  So is everyone else’s information!

The way I fight the bad guys is to file electronically as close to the first day of the filing season as I can.  That way, the IRS will later reject any return submitted by fraudsters.

One the one hand, I could fix the number.  But to fix the number I had to override the software’s entry.  I could do that.  But then H&R Block would not permit me to use its electronic filing services to file the return.  That makes sense when you don’t trust your customers to know what they are doing.  H&R Block did not want to let me electronically file a return where I had overridden one of its own entries.  I would have to print and file by mail.  Too slow!

On the other hand, in order to file electronically and beat out the bad guys who were likely to file false returns using my information, I would have to file my own false return!  Gotta love the irony.

Here was my solution:

I filed electronically, using the erroneous H&R Block number.  That filing understated my tax liability by something less than $50.  Once the refund hit my bank account, I then prepared a Form 1040X to reflect the proper number and I attached a check for the tax I owed.  I mailed that sucker in February (certified mail, natch) and the IRS cashed my check.  So everything was correctly reported and paid well before today’s deadline.

Does my solution work?  It should, because of the one return rule.  That is the rule that taxpayers can file only one tax “return” for a given tax period.  Amended returns filed after the due date are either confessions of error or refund requests.  The rule comes from a long string of Supreme Court cases, starting with Florsheim Bros. Drygoods v. United States, 280 U.S. 453 (1930) and more recently discussed in Badaracco v. Commissioner, 464 U.S. 386 (1984).  It is an idea that has long been accepted by the Tax Court, based on the use of the definite article “the” in the statutes. Goldring v. Commissioner, 20 T.C. 79 (1953).

I explained this rule in detail in a prior Lesson From The Tax Court back in June 2018.  Normally, courts invoke the rule to reject taxpayer arguments that amended returns filed after the due date of the return should “count” for SOL or penalty purposes.  As the Supreme Court explained in Badaracco, allowing those amended returns to be “the return” when filed after the due date “would make sport of the so-called fraud penalty. A taxpayer who had filed a fraudulent return would merely take his chances that the fraud would not be investigated or discovered, and then, if an investigation were made, would simply pay the tax which he owed anyhow and thereby nullify the fraud penalty.”  464 U.S. at 394 (quoting George M. Still, Inc. v. Commissioner,19 T.C. 1072, 1077 (1953).

But amended returns filed before the due date of the return will be treated as part of “the” return for penalty and SOL purposes.  See Haggar Co. v. Helvering, 308 U.S. 389 (1940), Goldring, supra.  That is my situation.  If my workaround does not work, however, then you might someday be reading about that in a future Lesson From The Tax Court!

My experience with H&R Block’s software reminds us that tax software is imperfect, just like us humans.  There is no substitute for knowing the correct rules, whether you learn them from statutes, regulations, case law ... or even blogs.

Same page. Paid preparer. Turbo Tax (really bad software) to Tax Cut (deceases but really good) to HRBlock. I agree entirely with everything you have discovered. I did the same, and it happens every year, software errors. Only a professional knows them when they see them and it makes for big problems in some cases, but your solutions are good. Two decades ago I discovered that problem and it never went away. For two decades I have been manually checking all calculations on every return produced.Almost defeats the purpose of using the software, but they do print nice forms. Glad to know others have identified this problem and are wary. Thanks.

Filing a known-erroneous return is a serious breach. Better to have filed the original return on paper than to file a return with a known error, sign it, under penalties of perjury, declaring that to the best of your knowledge and belief..."the return and accompanying schedules and statements are true, correct, and complete," and then fix the problem later.

Obviously, the difference here is trivial, but I, as a paid preparer, would surely not sign (physically or digitally) a return which I knew to be in error. If e-filing was an absolute requirement (and I object to paid preparers being forced to e-file, but that's another matter), the way to handle this would be to not claim the credit with the original filing and then amend to claim the proper credit. As not taking an available tax credit is not deemed lacking in completeness or accuracy, the original filing and the declaration are completely valid, and barring extenuating circumstances (TIN issued after due date of return) the credit may be fully claimed on a 1040X.

Other complications may arise, of course, such as when the lack of the credit results in a balance due triggering an underpayment penalty, but things should all work out "in the wash."

Most tax software is a collection of best guesses by people stressed and trying to keep up with the ever-changing flow of rules and regulations. Implementing a change, testing internally (alpha), testing externally (beta), and finally releasing (GA) is an almost-impossible task during the season. That said, this bsoftware error was just poor quality control, as this was not due to a recent (or mid-season) law change.