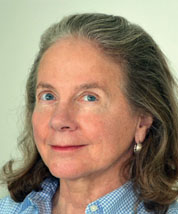 Her tenure as the first woman law dean at Arizona State University spanned a decade. And now, she’s winding down her 10th year as dean at the University of Miami School of Law. She will step down in June.

More than 10 years, she said, and the draw of institutionalism grows too strong. Each year it becomes harder to be a “change agent,” a title that has always made her proud.

“I think that places benefit when they have new energy, the challenge of new energy,” she said. “The founding fathers were right — there should be term limits on presidents, I think. It’s very easy to get complacent in a way. It’s very easy to get tied into the problems in your institution because they’re big jobs. It’s easier to be more removed from what’s going on in the world than you ideally should be.”

Change when she came to ASU and UM meant building a bridge between academia and the professional world. ...

For White, the job isn’t so much about job placement rates as it is about providing a broad education and producing a well-balanced attorney. She believes a strong legal education means possessing intellectual breadth and the means to become an ideal member of a democratic society. “It’s the best civics education you could ever find. It makes you understand power structures, government structures, rights, liberties,” she said. “It ought to teach you the essential virtues of our democratic society: liberty, justice, due process, fundamental rights.”

When White took the job at UM in 2009, she was quick to assert this philosophy. Despite the fact that the country was reeling in financial turmoil, UM law was faced with a potentially back-breaking incoming class of 800 students — more than double the enrollment of a typical year.

In response, White wrote a letter imploring 1L students to re-consider why they applied to law school, recommending that they take a year off to work in public service in exchange for a $5,000 scholarship.

“Perhaps many of you are looking to law school as a safe harbor in which you can wait out the current economic storm,” she wrote. “If this describes your motivation for going to law school I urge you to think hard about your plans and to consider deferring enrollment.”

Despite those efforts, UM still saw a large 500-student class that year. White took the extra funds generated by the large class to set up a program called Legal Corps — matching UM law graduates who passed the Bar with nonprofit and public sector jobs. ...

[W]hile she is proud of her tenure, her “biggest regret” is that she couldn’t solve the problem of education funding. “It’s the greatest problem facing higher education. Period,” she said. ”People graduate with far too much debt. …The model of how to pay for education in this country is broken.”

I'm always suspicious about the true motives of people that want to go around "perfecting" other people. It usually seems they should work on themselves more before turning their attention to others. Perhaps law schools should dispense with the grandiose goals and just work on making better lawyers. They have enough trouble with that.

When do law schools make lawyers? I mean, in the bog-standard Contracts curriculum one will never see a contract, let alone draft, proofread, negotiate, argue against, etc. one. Legal employers - at least the ones still willing to hire new grads (a consistently downward-trending number all decade) - are the ones who train lawyers.

You can't change a human's nature. At most, you can persuade his reason to rein it in.

Only Marxists believe you can mold human nature like clay.