Galle Presents How To Save Unemployment Insurance Today At Georgetown 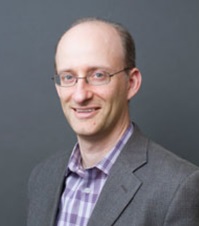 Brian Galle (Georgetown) presents How to Save Unemployment Insurance, 50 Ariz. St. L.J. 1009 (2018), at Georgetown today as part of its Tax Law and Public Finance Workshop Series hosted by John Brooks and Lilian Faulhaber:

Unemployment insurance is almost universally recognized as one of a government’s best tools for fighting recessions, as well as an important source of relief for working-class families suffering temporary hardship. Unfortunately, as commentators and Congress have recognized, the U.S. system of financing its unemployment insurance program is seriously dysfunctional. Reform proposals, however, do not fully diagnose the causes of current failures. In particular, other commentators neglect the role of fiscal myopia in state officials’ failures to save for future UI needs. For instance, reformers mostly propose offering rewards or penalties that will take effect far in the future. These incentives have only small effects on myopic officials.

Building on work in behavioral economics by myself and others, I propose a set of new reforms that address the roles that both myopia and federalism have played in crippling the UI regime. For example, I suggest that state governments can be induced to “Save More Tomorrow,” and that states should be obliged to opt out of federal default rules for when workers will be eligible for benefits. In addition, I show that any reform—such as all of those now on offer—based on the amount states currently have saved for future contingencies will likely only cause future cuts to UI, and propose alternative metrics to avoid this perverse result.