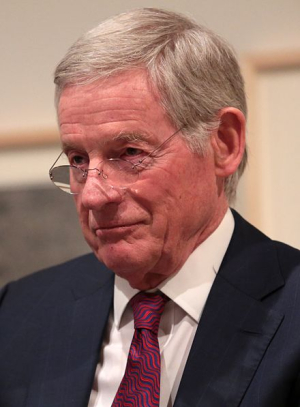 Inside Higher Ed, A College Divided Over a Harvard Professor:

Concordia University’s Liberal Arts College asked the conservative political philosopher Harvey Mansfield to speak at its 40th anniversary gala, planned for next month. Citing alumni backlash over Mansfield’s past controversial statements on gender and gay marriage, the Canadian college then uninvited him and postponed the event.

Mansfield, the William R. Kenan Jr. Professor of Government at Harvard University, recently went public with the incident, via a ticked-off op-ed [The Theory Behind My Disinvitation] in The Wall Street Journal. And faculty members within the intimate college remain divided over the decision to rescind Mansfield’s invite.

Frederick Krantz, professor of history and founding principal, or chair, of the college, described it as “a proven, full-time Western civilization degree program based on a multidisciplinary Great Books curriculum,” unique in Canada. He’s always referred to the program as “a community of scholars, dedicated to objective analysis and free and open discussion and debate.” And for that reason, he’d also always thought that it was “immune to the wave of politically correct ideology sweeping many North American campuses.” “Sadly, I was wrong,” Krantz said. Alumni and current students still “deserve better,” however, he added, expressing hope that the disinvitation may again be reversed.

Comparing the current climate for conservative professors to McCarthyism, Mansfield wrote in his op-ed, “I little thought that I would now in my old age be qualified for exclusion from Concordia University in our free neighbor to the north, not as the member of a conspiratorial organization serving an enemy power, but simply for holding opinions shared by half the American — and perhaps the Canadian — population.” ...

Mansfield is a well-known expert on Edmund Burke, Machiavelli and Tocqueville, and he’s put forth theories on executive power. But it’s his nonacademic work that has proved polarizing. He wrote a 2006 book, Manliness, and defended Lawrence Summers’s widely criticized 2005 comments about women's aptitude for quantitative fields.

Mansfield also has criticized affirmative action, linking it to grade inflation, and testified against gay marriage. Being gay doesn’t make for a life of “individual happiness,” for example, he said of anti-gay marriage legislation in Colorado in 1993.

Once the Liberal Arts College at Concordia announced its choice of speaker for the reunion, “a large number” of alumni reached out to faculty members to voice their concerns, Russell said. Many alumni stated that they would not attend the gala “because they objected to the views [Mansfield] has expressed publicly on women and homosexuals,” he added. ...

Scholars including Martha Nussbaum have previously accused Mansfield of misunderstanding feminism, and his most recent comments probably won’t vindicate him to his critics. ... Nussbaum, the Ernst Freund Distinguished Service Professor of Law and Ethics at the University of Chicago, said that she wouldn’t have personally invited Mansfield to talk, because he is “more like a provocateur than like a serious thinker.” But others “could reasonably disagree, and I can imagine a vigorous debate that could ensue if he did speak.”

"Intolerance ... will not be tolerated."

Skipp, and "intolerance" defined as anything I don't agree with.