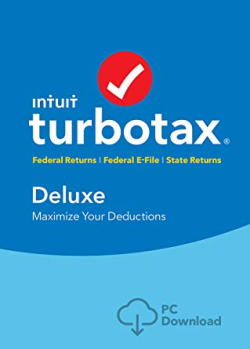 ProPublica, Congress Is About to Ban the Government From Offering Free Online Tax Filing. Thank TurboTax.:

Just in time for Tax Day, the for-profit tax preparation industry is about to realize one of its long-sought goals. Congressional Democrats and Republicans are moving to permanently bar the IRS from creating a free electronic tax filing system.

In one of its provisions, the bill makes it illegal for the IRS to create its own online system of tax filing. Companies like Intuit, the maker of TurboTax, and H&R Block have lobbied for years to block the IRS from creating such a system. If the tax agency created its own program, which would be similar to programs other developed countries have, it would threaten the industry’s profits.

“This could be a disaster. It could be the final nail in the coffin of the idea of the IRS ever being able to create its own program,” said Mandi Matlock, a tax attorney who does work for the National Consumer Law Center.

Experts have long argued that the IRS has failed to make filing taxes as easy and cheap as it could be. In addition to a free system of online tax preparation and filing, the agency could provide people with pre-filled tax forms containing the salary data the agency already has, as ProPublica first reported on in 2013.

A perfect example of crony capitalism. Lewis and Kelly should be ashamed.

How interesting, that the one thing the Dems and Republicans can agree on is legislation to screw over their constituents to please big business.

The IRS has been doomed to inefficiency.

If the IRS had free e-filing for all taxpayers, then perhaps there would be some outrage about this. Instead, they made sure more productive citizens paid even more. My sympathy level is low.