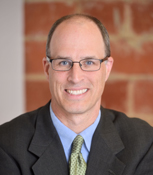 This paper, part of a broader book project on tax avoidance and evasion in the middle of the twentieth century, explores President John F. Kennedy’s proposal in 1962 to require withholding for taxes on dividends and interest. Kennedy was concerned about the shortfall between dividends and interest paid and reported, which had grown to about $3.3 billion. By extending the withholding requirement, Kennedy hoped to close what was considered one of the “major tax-escape routes for the upper-income brackets.”

Despite the familiarity with wage withholding, which had been required since World War II, and the apparent equity of extending it to cover at least some forms of capital income, the dividend and interest withholding proposal encountered an enormous wave of public opposition. Congressional offices were “bombarded” by “an unprecedented avalanche” of letters from constituents in opposition to the proposal, with some Senators reporting receiving thousands of letters every day in what they called the most mail they had ever received on a single issue. Congress relented and stripped the dividend and interest withholding provision from the bill in favor of new information reporting requirements. The withholding proposal was revived during the Reagan Administration and actually adopted in 1982, but a similar letter-writing campaign resulted in its repeal before it was ever implemented.

Why did dividend and interest withholding generate such a populist revolt? In part, the populism on this issue was manufactured by the business community, rather than being a movement that developed organically. Financial institutions and corporations mobilized their considerable base of depositors and investors to contact their congressmen to protest the proposal. This is only part of the story, however. The industry-led campaign struck a chord with taxpayers who had become disaffected by the special tax preferences and shelters enjoyed by high bracket taxpayers. Millions of people held dividend or interest-bearing accounts or investments and the proposal appeared to target them. Some viewed omitting dividends and interest as their form of self-help, while others were indignant that Congress would attack tax evasion by going after them before solving high-end tax evasion first. In effect, the rejection of dividend and interest withholding was as much a function of the populist ambivalence about efforts to combat tax avoidance as it was about the letter-writing campaign that sparked the movement.