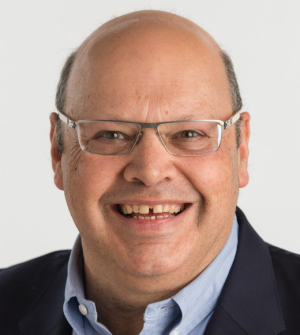 Most large federal countries have explicit ways to reduce the economic disparities between more and less developed regions. In Germany, for example, federal revenues are distributed by a formula that takes into account the relative level of wealth of each state (the so-called Finanzausgleich, or fiscal equalization). Similar mechanisms are found in Australia, Canada, India, and other large federal countries. The United States, on the other hand, has no such explicit redistribution. Each state is generally considered equal and sovereign and the federal government does not distribute revenues to equalize their spending capacity. While the overall impact of the federal tax and transfer system may be to shift revenues from richer to poorer states, this is not acknowledged and to the extent it is discussed in the literature it is generally condemned as unfair to the states that send more revenues to Washington than they get back in federal transfer payments. Nor is it politically likely that the US will adopt a formal fiscal equalization mechanism.

This paper proceeds from the normative position that the increasing gap between the richer and poorer areas of the US is a problem that requires federal intervention and that the federal tax system can play a role in that intervention.

From a comparative perspective there have been several successful tax measures taken to encourage development of less developed regions. The paper will first survey two of these experiences, in China and Israel. It will then address the attempts to enact similar provisions in the US. On the federal level the prime example is section 936, which provided tax breaks for investments in Puerto Rico. This section was widely criticized and was ultimately repealed in 1996 with a ten-year phase-out. The paper will argue that in fact the evidence shows that 936 was quite successful and that its repeal led directly to the current problems of Puerto Rico, which began when 936 was finally abolished in 2006. A contrary example was section 199, the domestic manufacturing deduction, which was captured by coastal industries like software and entertainment and was ultimately repealed in 2017 because it was widely conceded to be ineffective. Its replacement, the Foreign Derived Intangible Income (FDII) provision in the Tax Cuts and Jobs Act of 2017, is unlikely to be effective as well. On the state and local level, there exists a proliferation of tax incentives, but in many cases they do not result in successful development, and they tend to confer windfalls on multinationals who would have invested in the US anyway and to favor investment in already rich cities (such as the twenty finalists on Amazon’s list of candidates for its second headquarters).

The paper then develops a proposal for using federal taxes to influence multinationals to invest in poorer locations. It builds on an existing list of approved targets, namely the so-called “opportunity zones” created by the 2017 tax reform. Opportunity zones are limited to census tracts that are not over 20% of the poverty line. An individual investor in an opportunity zone gets a tax break, although it is limited to gains that she has already made from other investments. Corporations are not eligible for these breaks. We propose that the federal government should declare that a corporation that invests in an opportunity zone would pay no federal tax on profits from that zone. To define profits from the opportunity zone and segregate them from other profits, we suggest using a formula like the one the states use: take total corporate profit and multiply it by [(wages paid to employees in the opportunity zone divided by total wages) plus (number of employees in the opportunity zone divided by total employees)]. This type of formula should work to incentivize corporations to move jobs to the preferred areas. With jobs come homes, good schools and everything else the richer areas of the US already have in abundance.

I'm sorry, but why can't the Tax Code focus on raising money to run the Federal government? I'm 66. I can't remember one tax "social engineering" provision that actually worked even close to what it was supposed to do. I present the EITC as a case in point. Anybody who has ever worked VITA can tell you how screwed up this program has become. Even beyond the Tax Code, does anybody remember the War on Poverty? How about the War on Drugs? How about the War on Everything? Why can't we accept the Constitution for what it is? I don't care how the Euros do it. I live in the United States of America. Frankly, though, I don't see much recognition that we are a nation. We are a people who through shared sacrifice have built a better life for all of us. All I see today is, "Screw you. What you think doesn't matter, I just want more." Houston has almost no connection with Boston. I doubt the Republic will make it into the next century. Instead of one life for my country, it is screw your neighbor before they screw you.