Actor Wesley Snipes’ Offer In Compromise Got Sniped By The IRS 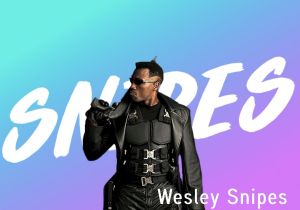 If you watch TV, listen to the radio, read a newspaper or hear conversations, invariably you will notice many organizations offering their services to settle tax liabilities for pennies on the dollar. How real are these offers to help a delinquent taxpayer?

There is no question that the Internal Revenue Service (IRS) has liberalized its collection policies and procedures. Specifically, the agency has established a “Fresh Start” initiative to permit qualified taxpayers a means to pay less taxes through the Offer in Compromise (O.I.C.) program. The IRS also grants different types of installment arrangements for taxpayers who may not qualify for an O.I.C. ...

Even though the O.I.C. program has become more commercialized, there are many taxpayers who do not qualify. Last year, Actor Wesley Snipes made headlines when his O.I.C. was rejected by the IRS. Upon information and belief, Snipes failed to file Federal Income Tax Returns for the years 2001-2006, allegedly owing the IRS at least $23.5 million. After the IRS issued numerous collection notices and liens, Snipes filed a Request for a Collection Due Process Hearing. He then submitted an O.I.C. for an $842,061.00 offer in full satisfaction of his $23.5 million debt to the IRS.

The O.I.C. Agent assigned to Snipes’ case rejected his offer on the grounds that Snipes allegedly dissipated assets, thus having a greater Reasonable Collection Potential than what was offered. While we cannot comment on Snipes’ financial disclosures, the Settlement Officer has the absolute right to consider dissipated assets when determining RCP. Dissipated assets are either liquid or non-liquid assets which were transferred, sold, or spent by the taxpayer. Usually the IRS is limited to a three-year look-back period with O.I.C. cases, pursuant to IRM 5.8.5.18; however, late filers and audits affect this rule.

, if a taxpayer’s O.I.C. is denied, the taxpayer has a right to Appeal that denial. It is unclear if Snipes exercised his O.I.C. appellate rights. However, he filed his O.I.C. through the Collection Due Process (CDP) unit in response to collection notices. Since Snipes’ O.I.C. was submitted through Appeals, once his case was denied the Appeal officer issued a final Notice of Determination Concerning Collection Action(s) under §6320 and/or 6330. Snipes then filed a petition with the U.S. Tax Court for further consideration. The issue before the Tax Court was “whether the determination to proceed with the Notice of Federal Tax Lien in lieu of a proposed collection alternative was an abuse of discretion.” See T.C. Memo 2018-184.

According to the Tax Court decision rendered by Judge Kathleen Kerrigan, Snipes failed to provide sufficient proof of his assets and financial condition and he failed to remedy the disparity in his offer verses his Reasonable Collection Potential. Thus, the Tax Court held that the O.I.C. Agent did not abuse her discretion by rejecting Snipes’ O.I.C.

The Tax Court found that Snipes allegedly had numerous assets and real estate holdings which were held by multiple entities. The Settlement Officer was unable to determine whether or not Snipes still owned certain properties which he claimed that he lost or transferred. Based on the investigation, the Settlement Officer determined that Snipes had an RCP of $17,482,152; which was still almost half of what he owed. Instead of increasing his offer to this RCP amount, he allowed his O.I.C. to be rejected.

During the Tax Court hearing, Snipes contended that his financial adviser took out loans and disposed of assets and income on his behalf without his permission or knowledge. Snipes even submitted an affidavit from his advisor supporting these allegations. Nevertheless, the court did not permit a transferee investigation against the advisor. Instead, in a further attempt to settle with Snipes, the settlement officer reduced Snipes’ RCP to $9,581,027, which Snipes still failed to accept.

As illustrated in Snipes’ case, the IRS carefully scrutinizes the taxpayer’s financials to determine the RCP.

Snipes is lucky that he's not in jail. This issue with the IRS has gone on now for years and he still refuses to admit that he's lost. Had he paid his taxes like everyone else, he'd be out of trouble and still a relatively rich man. As it is he's literally thrown away a fortune.