The Hidden Costs Of Stressed-Out Faculty And Staff 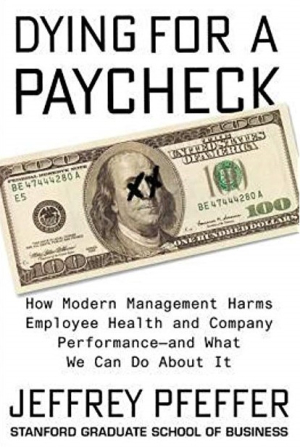 Over the years, businesses have substantially reduced the risk of workplace injuries and accidents. But the harm to employees from stressful working conditions hasn’t gotten nearly the same attention. The Centers for Disease Control and Prevention reported in 2016 that stress is the leading workplace health problem, ahead of physical inactivity and obesity. It affects both blue- and white-collar jobs, across a wide range of incomes, and is a leading contributor to turnover, absenteeism and productivity losses.

Those indirect costs to companies can be even larger than the direct costs of workers’ compensation and health benefits. Take absenteeism: According to U.K. government figures, more than half of the country’s working days lost to ill health in 2017-2018 were caused by stress, depression or anxiety. Then there is “presenteeism”—employees who, though at work, are not at their physical or psychological best. In a 2016 survey of some 2,000 employees conducted by a unit of the Virgin Group, participants acknowledged being unproductive an average of 57.5 days a year, or nearly a quarter of their work time.

My colleagues and I reviewed more than 200 studies on workplace stress in an article published in 2015 in Behavioral Science & Policy. We found that some stresses raise the risks of illness and morbidity more than secondhand smoke. We also developed a mathematical model to estimate the aggregate annual health effects, published in a 2015 paper in the journal Management Science. It attributed $190 billion in excess costs to workplace stress and 120,000 annual deaths—enough to place it sixth amid causes of death in the U.S., ahead of diabetes and kidney disease.

What can be done to avoid these costs to employees and employers? A number of companies have improved their employees’ health and productivity by using some straightforward strategies.

It is possible to build a working culture that drives down direct and indirect health costs while also increasing employee well-being, engagement and performance. Decades ago, companies learned that good stewardship of the physical environment of the workplace benefited both their employees and their bottom line, reducing costs by reducing injuries and time away from the job. The same holds true for good stewardship of the human environment.

If it's not genetics, maybe a little yoga and some meditation would help!

I am plenty chilled. Like all lawyers I have one million of dollars (TM) and sitting on a beach in Ibiza without a care in the world. But it stands to reason that if all law student depression and anxiety is "because genetics," then all depression and anxiety among law faculty is also "because genetics," unless we are also to believe that bestowing of a law professorship alters one's very DNA.

UNE, go do some yoga or meditation and chill out man.

I thought we were supposed to believe that all depression/anxiety/stress etc. was because of "genetic predisposition"* and therefore noble entities like law schools and workplaces had no obligation or ability to do anything about it? I distinctly remember reading a Taxprof op-ed about it a few years ago.

*Please note that this contention is utter nonsense not borne out by any research.